Back in 2012, the unthinkable happened for Marvel fans–Peter Parker met Miles Morales. This was the first time the main Marvel Universe crossed over with the Ultimate Universe. It was something that was said would never happen. Brian Michael Bendis and Sara Pichelli brought the two characters together in in the Spider-Men crossover series.

When their adventure was over, we were left with a cliffhanger as Peter decided to look up Miles Morales’ counterpart in his universe. 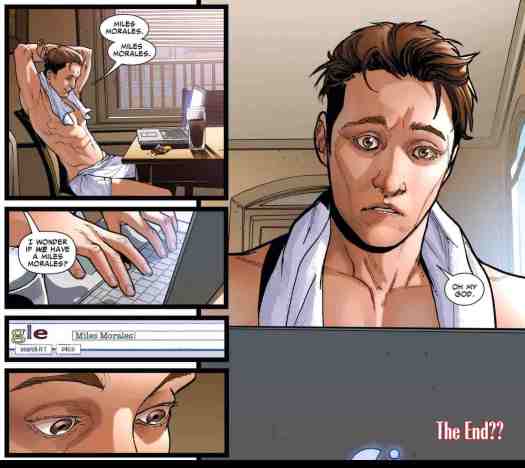 Whatever Peter found was a shock. Since then, readers have been left wondering what the heck did he find? It seemed the mystery would be forgotten as parts of the Ultimate Universe were merged with the 616 Universe after 2015’s Secret Wars. Miles Morales became ingrained into the world sharing the “Spider-Man” name.

The good news is it turns out we will find out what the story is. Marvel announced Bendis and Pichelli are reuniting for Spider-Men II this summer. 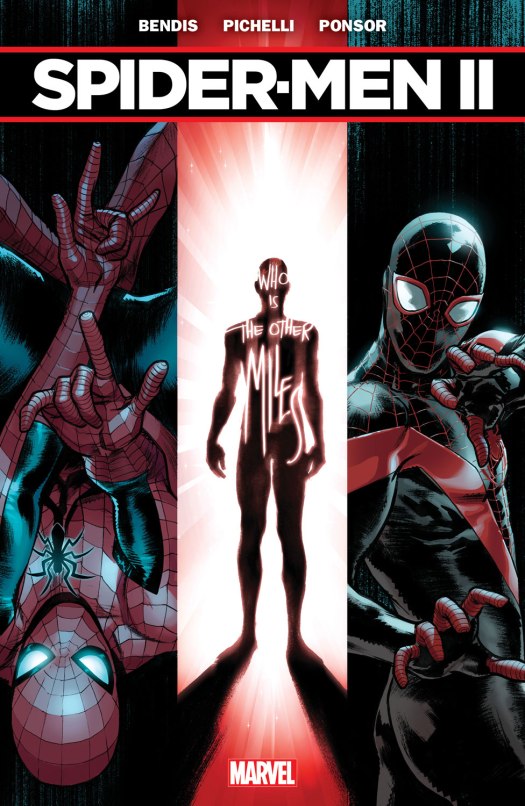 The secret of the other Miles Morales will be revealed. Parker and Morales will team up to uncover the truth. This is said to be just the tip of the iceberg. We’ll have to wait until July to find out. The series will be written by Bendis with art and cover by Pichelli and Justin Ponsor.

What do you think is the shocking secret of the other Miles Morales?