There’s no denying that Hawkman is a complex character. There have been different versions over the years, and he’s lived many lives. During the 2011 New 52 relaunch, he appeared in The Savage Hawkman. When the series ended, Carter Hall wasn’t anywhere to be seen.

Recently, Hawkman has resurfaced and played a big role in the pages of Dark Nights: Metal. That makes this the perfect time for the return of a Hawkman series. DC has announced, via their blog, the new creative team of Robert Venditti and Bryan Hitch. 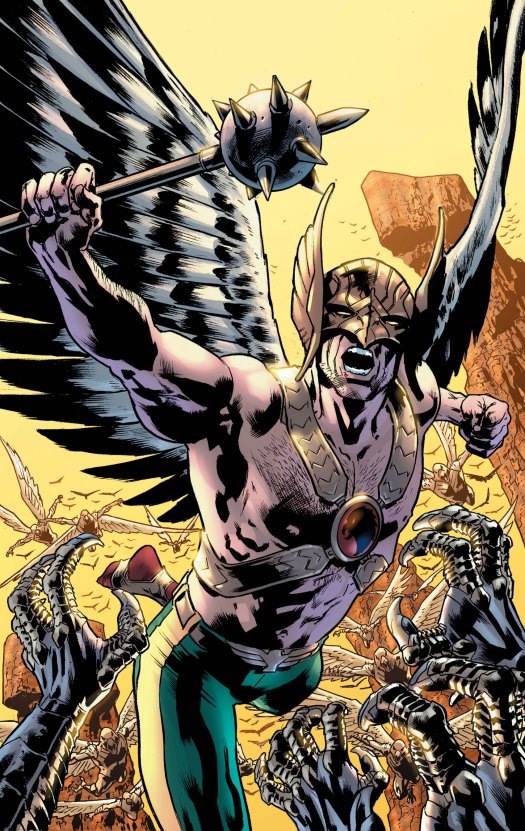 Venditti had this to say about the character’s return:

“Hawkman is one of the richest, most storied characters in comic book history, a cornerstone of the DC Universe. His adventures have taken him from ancient history to the far-flung cosmos, and everywhere in between. It’s been too long since he had a series of his own, and I’m excited to bring him back to the DC Universe.”

“Hawkman has one of the most amazing visuals in comics. He’s the greatest warrior in all of the DCU, and with such a robust history to (literally) draw on, the sky’s the limit for how far we can take this.”

In the new series, Carter Hall will return to his role as an explorer of the ancient and unknown elements of the DC Universe. He’s determined to find out the true nature of his past incarnations and soon discovers there are some aspects that insist on remaining a secret.

Hawkman #1 by Venditti and Hitch will be on sale digitally and in stores on June 13.

One Reply to “Hawkman Flies Again In New Series”