In case you missed the news, the Fantastic Four are finally returning to the Marvel Universe. Ben and Johnny will be reunited  with Sue and Reed Richards in a new comic series this August written by Dan Slott with art by Sara Pichelli and covers by Esad Ribic. 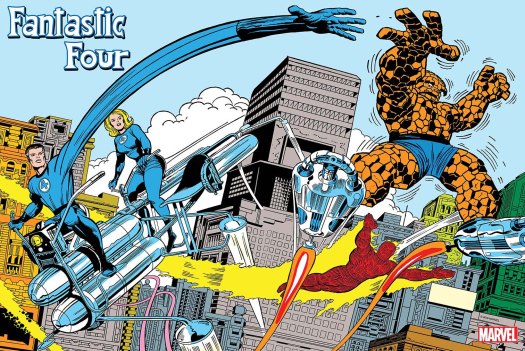 The poster will be available at comic shops on July 4. Be sure to let them know to order one for you (catalogue code: MAR188169).

The first issue of the new series is on sale August 8.