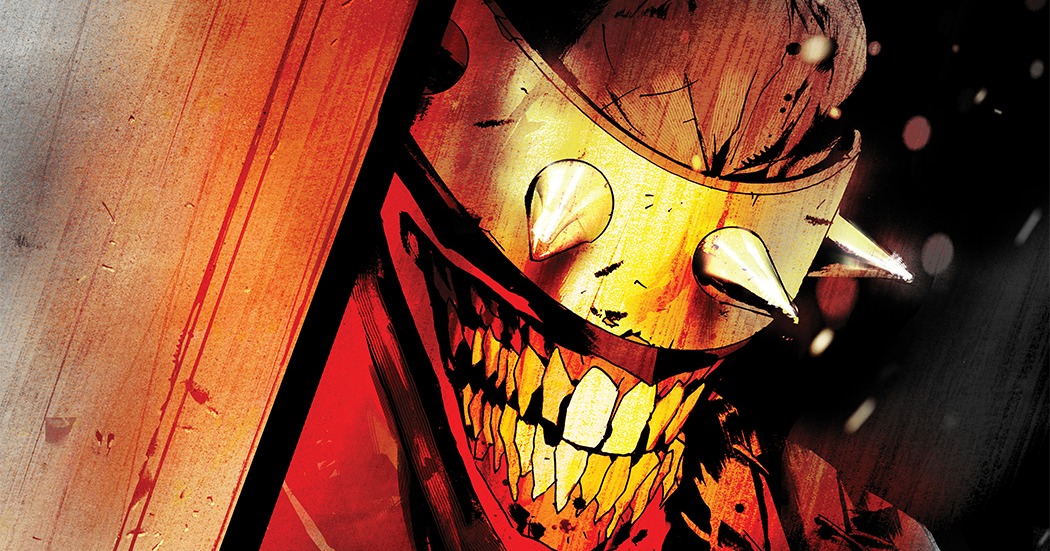 If there’s one thing that really sticks out of the recent Dark Nights: Metal event, it’s the introduction of The Batman Who Laughs. This dark and twisted version of Batman from Earth -22 in the Dark Multiverse was seemingly defeated when he faced the one thing no Batman could ever prep for–the team-up of Batman and the Joker.

It turns out he did survey the destruction and collapse of a portion of the Batcave. Apparently he’s been locked up in the bottom of the Hall of Justice. It just may turn out that all of this was part of his plans.

During the Justice League panel at San Diego Comic-Con, writer Scott Snyder revealed he would be writing the six-issue miniseries with Jock handling the art. Co-Publisher Jim Lee described it earlier as a “horror story.” That makes perfect sense given Snyder and Jock’s work on Wytches, published by Image Comics. 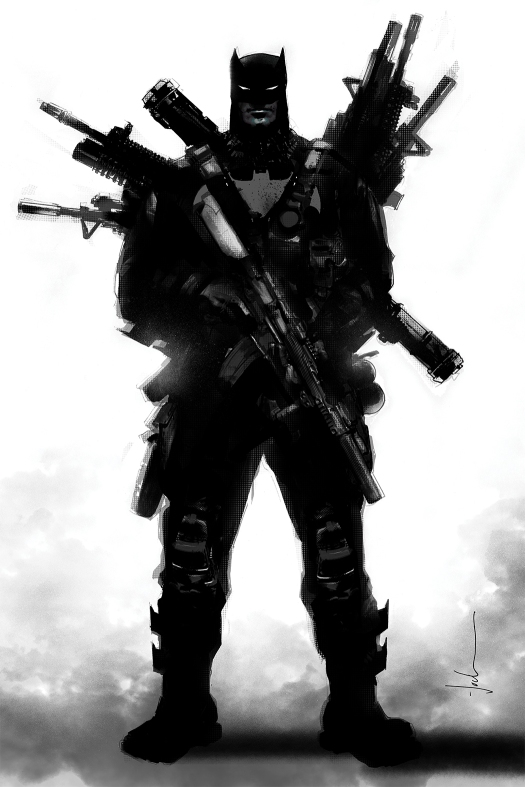 The book is scheduled for November and will feature two of Snyder’s favorite characters that he’s been eager to write again. The miniseries will pit Batman against the “culmination of all his fears from the Dark Multiverse–an evil amalgamation of himself and his greatest nemesis.”