Best Use Of A Grappling Gun

Batman tracks down KGBeast because he shot Nightwing in the head. It’s a brutal fight out in the extreme cold. Batman’s come a long way and isn’t holding back. When KGBeast is on top of him, he fires off his grappling gun and breaks the Beast’s neck. 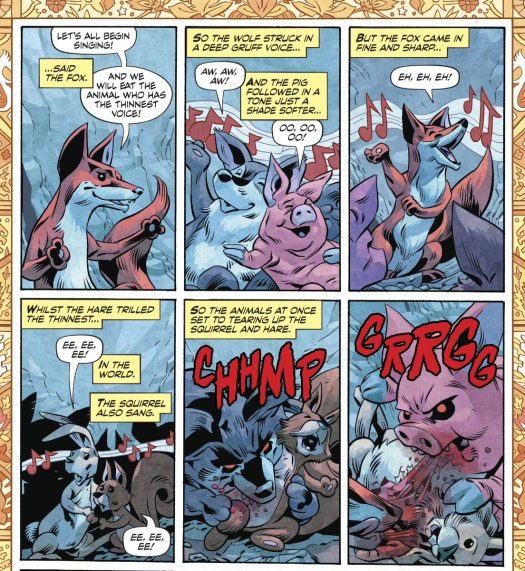 Throughout the main story, we see a flashback to a childhood bedtime story being told involving some critters out for a walk. When they fall into a hole, the question of what they can eat comes up. It becomes very dark pretty quickly.

Best Song To Sing During A Zombie Apocalypse 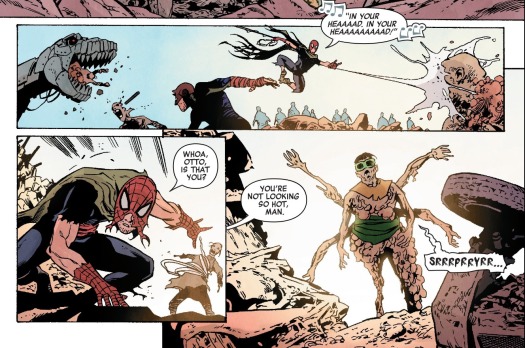 We’ve seen the zombies take over the Marvel Universe many times. In this version, as Spider-Man is out being part of the zombie resistance force, he sings “Zombie” by The Cranberries.

Batman is stuck in the Hall of Justice as he recovers from recent injuries. He’s using the time to try to figure out what happened to the newly discovered comatose Starman. To try to get into his head, he uses a miniature Starro that he calls Jarro. It’s a Starro in a jar. What better name could there be?

Best Indication That Doctor Doom Is Too Obsessed With Collecting Superpowers

In the far future, Doom has amassed a large number of powers and abilities. He starts listing them, and they include the Starbrand, the Iron Fist, the Spirit of Vengeance, as well as being the Sorcerer Supreme. It’s no wonder he destroyed Earth, which was later re-created. Maybe he needs to find a regular hobby to pass the time.

Best Combination Of Characters And Powers 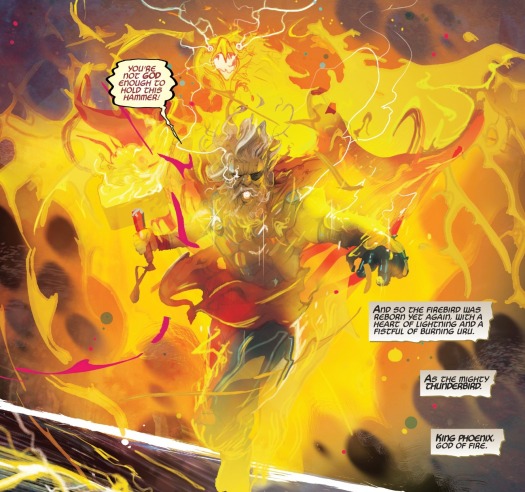 In this same future, Thor and a Phoenix-possessed Wolverine try to defeat Doom. Wolverine realizes he can’t do much to defeat Doom and sacrifices himself. His final act is merging the Phoenix Force with Mjolnir. Thor is reborn as the mighty Thunderbird.

The Teen Titans thought their teammate died in an explosion. It turned out he survived but got in trouble when he returned home and couldn’t let the team know he was okay. When Roundhouse tries explaining that his parents are pretty strict, the team explains how hardcore their parents are compared to his. 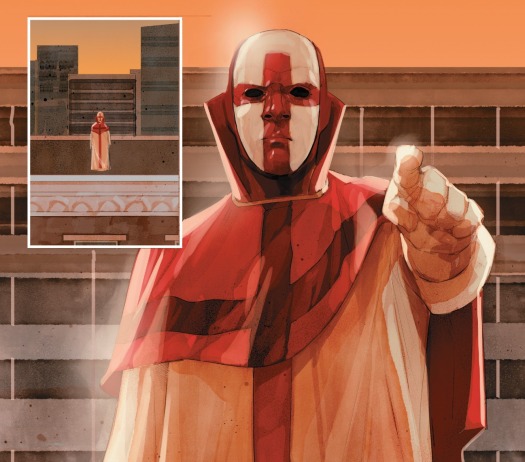 Daredevil is recovering from getting hit by a car while saving a kid in his civilian guise. This doesn’t stop him from swinging around town in costume. When his zip line is cut, he sees a new assassin Kingpin sent out after him. He stands silently on a rooftop, dressed in robes. He also threw a knife made out of bone. The big question should be–Where did the bone come from? Needless to say, this guy doesn’t scare Daredevil in the slightest.

Best Reason Not To Fall Asleep In A Bar

Dick Grayson, or Ric Grayson as he goes by now, is adjusting to his new life after getting shot in the head. He lost some memories and doesn’t want anything to do with his past life. He still has dreams about his past and waking with a jump, he ends up spilling his beer on the guy next to him. 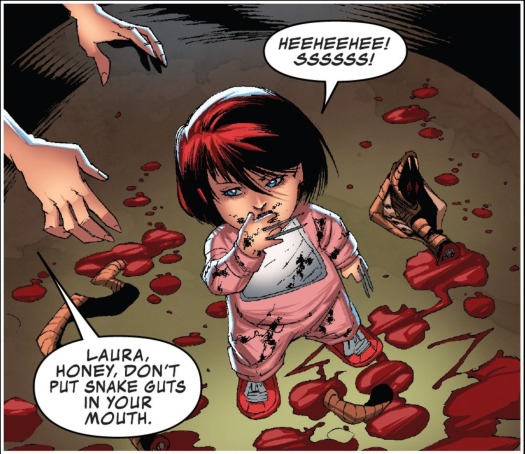 After Requiem merged half the Marvel Universe with the other half, we see the creation of Weapon Hex at Mount Wundagore. As this new “weapon” is put to various tests, she’s put into a pit with a deadly snake at one point. Laura easily kills the snake, but starts putting snake guts into her mouth. That’s just gross. 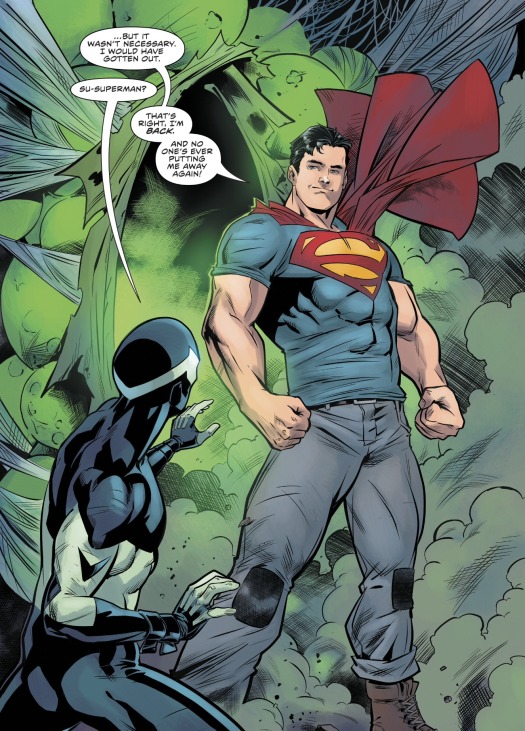 Derek James, AKA Sideways, was recruited by the Seven Soldiers to help them find a missing teammate. Their search took them into the Dark Multiverse where Sideways ended up separated from the team. He finds some new allies, who appear to be strange versions of Jimmy Olsen, Lois Lane, and others.

Derek is separated from these allies as well and awakes to find a glowing trail which leads to a giant cocoon. Hearing someone trapped inside, he uses his powers to open it up. Inside is the Grant Morrison/New 52 version of Superman. What makes this so bizarre is this version has been wiped out/merged with the married Superman who was splintered off during Flashpoint.  Could this be the New 52 Superman or just another Dark Multiverse version?