Spider-Man and Deadpool are actually going on a road trip together (in a newly built Spider-Mobile 2.0!) It was Master Matrix’s idea, and he even provided matching superhero-themed pajamas and tents for the two. How great is that?

Supergirl is determined to locate Rogol Zarr, the being who claims he is responsible for the destruction of Kyrpton. Unfortunately the patrons in a space bar are unwilling to talk and a fight breaks out. Kara points out this isn’t how Superman would handle things. But then again, she’s not her cousin. 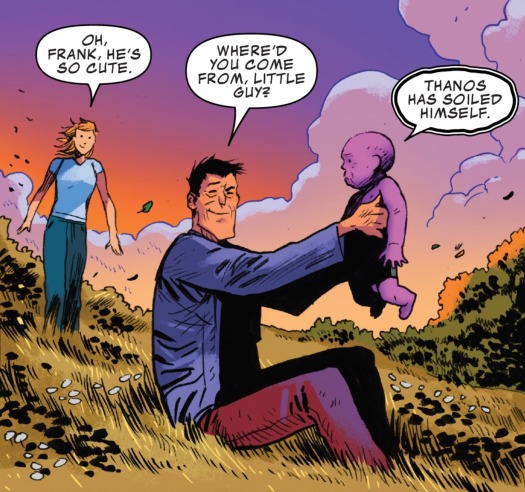 As if Jeff Lemire’s story wasn’t freaky enough, Andrea Sorrentino’s art always catches you off guard with the crazy detail he adds.

Squirrel Girl died last issue–except she’s still alive. Someone (or something) was posing as her and was killed. Now Doreen and her friends are trying to figure out if anyone else among them has been replaced by a Skrull. Doreen immediately comes up with a mathematic formula which pretty much proves she’s the real deal.

Doreen and Tony Stark begin talking about the accuracy of name, and he points out that Ghost Rider’s name doesn’t exactly make sense since he’s never seen him actually ride a ghost. It really makes you think that perhaps a name change is in order for the Spirit of Vengeance.

When Wonder Woman has her mind set on something, she’s all business. Entering a war-torn nation, she easily takes command of the situation with her presence. 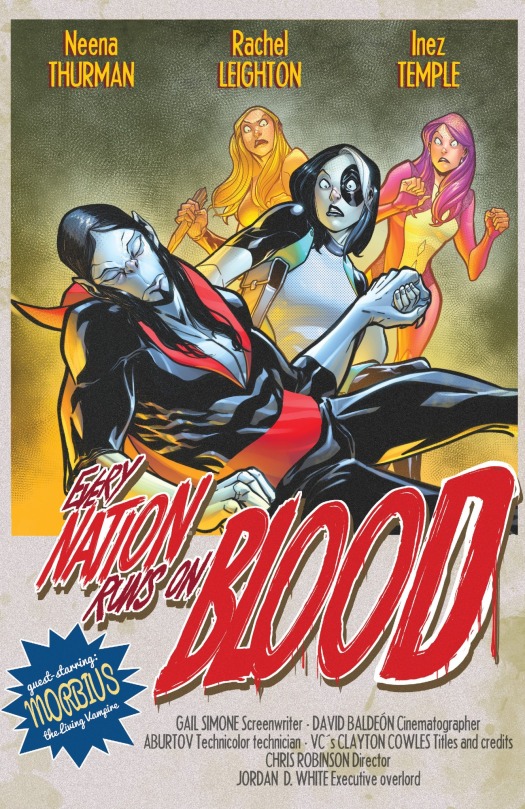 David Baldeon really adds some style to the credits page of the latest issue of Domino. It looks like an amazing old-time movie I’d love to watch. It also makes you turn the page to see what’s up with Morbius and Domino (and company).

Plastic Man shares his thoughts and appreciation for the days when superheroes wore spandex costumes. Perhaps it’s for the best that they’ve moved away from the material. (And I totally had to look up what “VPL” stood for).

Spider-Man points out the sad truth about kids pretty much being obsessed with their electronic devices over more traditional things like board games.

The Thieves Guild has been making its presence felt in a big ways. They’ve managed to steel major items from heroes. Spider-Man teams up with Black Cat to gain access to the loot. Spider-Man can’t help but be impressed.

Best Reason “Earth” Isn’t The Best Name For A Planet 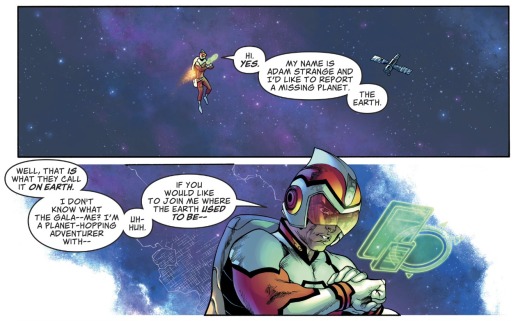 Adam Strange tried porting to Earth only to discover it was missing. When he tried reporting its disappearance to the proper authorities, they questioned the fact that the planet is called Earth. It’s a little redundant and not too creative. I guess we’re stuck with it. And don’t worry, the Earth returns shortly after this moment. It was shrunk down and inside the Phantom Zone.

Even though you know you have to wake up early the next day, it’s difficult to actually go to bed at a reasonable time. That’s not Nighttime Self’s problem to deal with. The result is being tired and miserable in the morning. Nadia is determined to face off against her nemesis someday.

Bobbi Morse, aka Mockingbird, is recovering from a training session with a teenage former Red Room assassin. She naturally had to go a little easy because she was fighting a kid, but the blows she received are still painful. She mentions the restraint used in not hitting teenagers in the head every day. Uhm, it’s just an interesting observation…no reason to read anything more into it. Oh, look at the time…