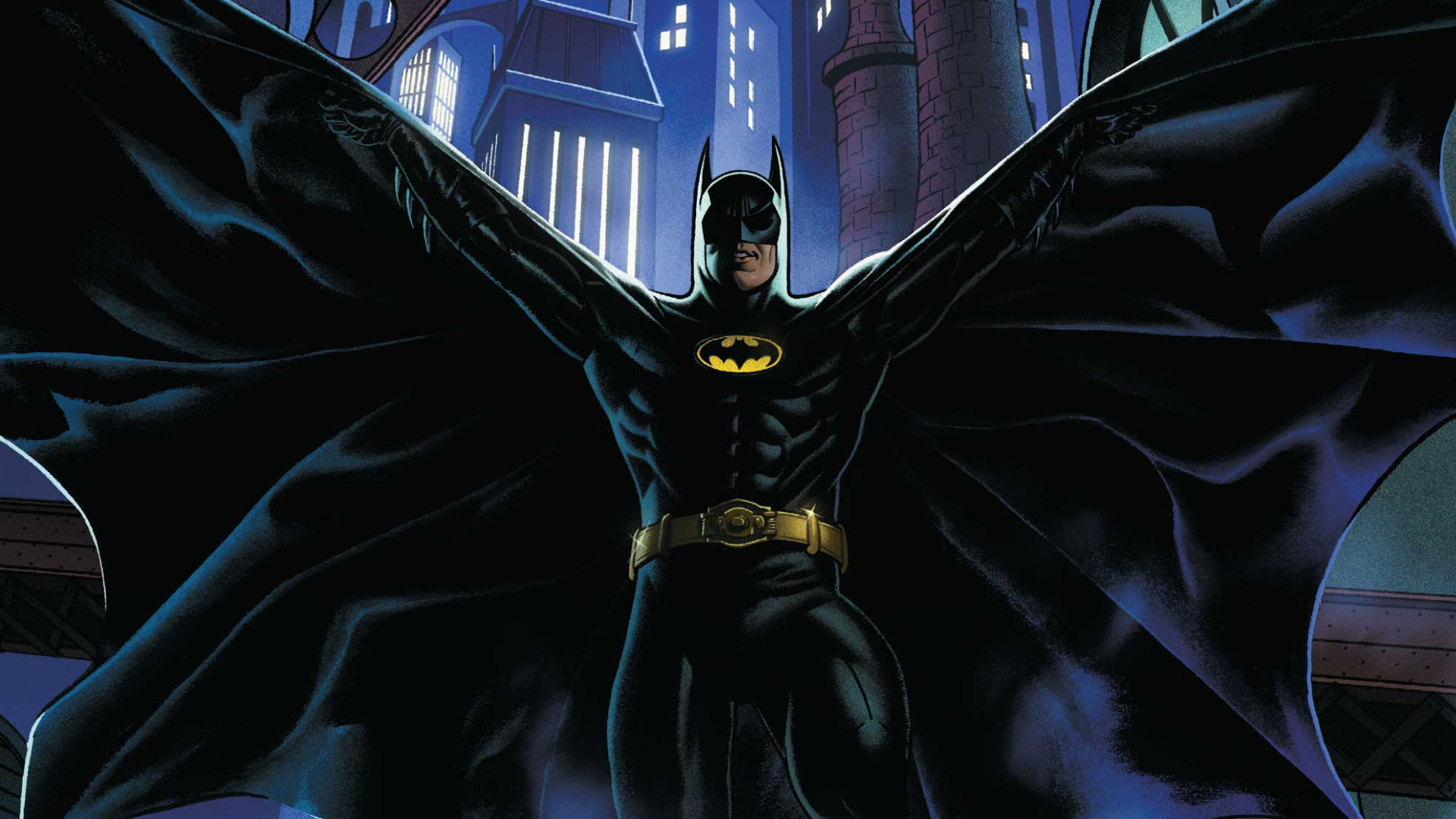 Back in February, DC Comics announced the continuing adventures of Batman set in Tim Burton’s 1989 Batman movie. DC has just released a first look at the issue along with covers for the first few issues.

The six-issue series is written by screenwriter Sam Hamm (Batman, Batman Returns) with art by Joe Quinones (Dial H for Hero). The series will deal with several of the dangling plotlines from the film.

The first issue sees the citizens of Gotham City split as fighting factions have started dressing as Batman and the Joker in order to fight in the streets. D.A. Harvey Dent is trying to keep the city together and has set his sights on the one person responsible–Batman. His intentions are to get Bruce Wayne to help take down the Dark Knight.

Check out the preview pages:

Take a look at the upcoming variant covers for the first issue:

How about a look at the covers for issue #2?

Are you ready to return to the world of Batman ’89? Have you sat up at night wondering what should’ve happened next? You can find out when Batman ’89 #1 goes on sale August 10.