There’s no denying that there are many great Marvel Comics characters. We’re already seeing many of them in monthly comics, movie theaters, and on television. Marvel is now getting ready to launch a new animated franchise titled, “Marvel Rising” in 2018.

The new series will begin with six, four-minute digital shorts focusing on Spider-Gwen. Gwen will be going by the codename Ghost-Spider. After the digital shorts debut, a feature-length animated film, “Marvel Rising: Secret Warriors” will premiere later in 2018. How and where the feature can be seen will be announced at a later date. 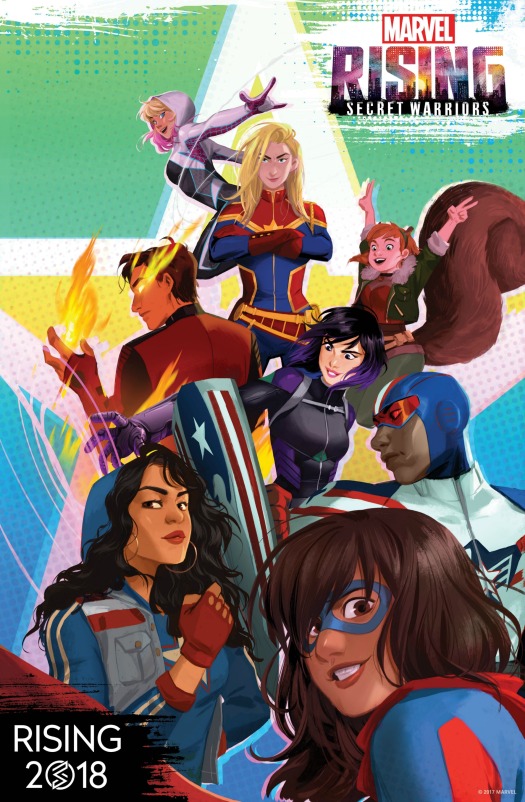 Along with the promo art, Marvel has also released a video feature showing which characters will be spotlighted and who will be providing the voices.

Here’s the full list of characters and voice actors released.

What do you think? Who are you looking forward to seeing?