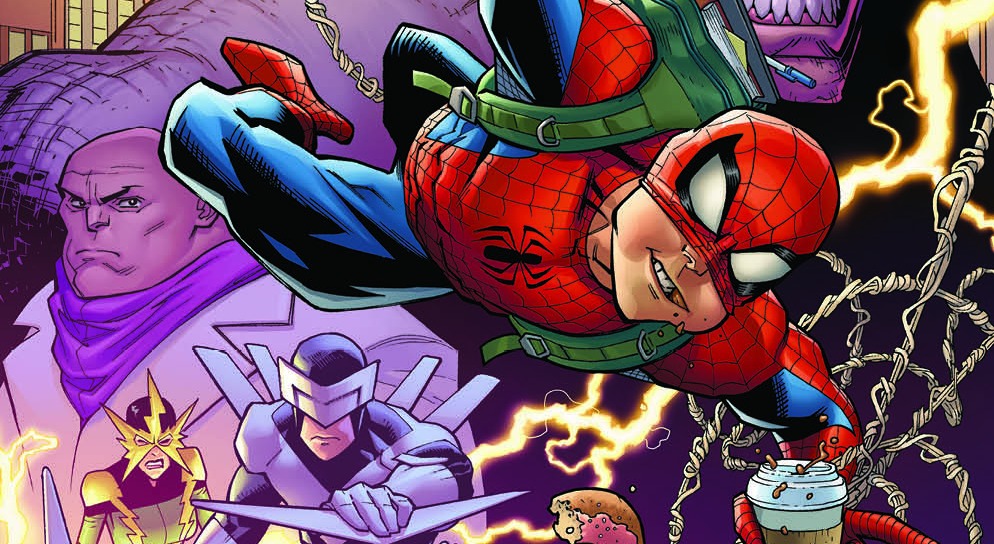 Marvel has released details on another new “Fresh Start” series. Long-time Amazing Spider-Man writer, Dan Slott, has already announced he was moving on from the book after ten years to take over Iron Man. That left fans with the question: Who will be the new writer for Spider-Man? The answer is: Nick Spencer.

Joining Spencer will be Ryan Ottley, who just finished a long stint on Robert Kirkman’s Invincible. This is indeed amazing news.

Spencer and Ottley’s first story can be seen in the Amazing Spider-Man/Guardians of the Galaxy Free Comic Book Day issue, on sale May 5.

Marvel editor-in-chief made a statement on the new creative team.

“After his ten year run on the title, writer Dan Slott leave some big shoes to fill. But after reading what Nick Spencer has planned for our friendly neighborhood Spider-Man, I can assure you that the future of Peter Parker and his pals is in good hands. This new #1, with jaw-dropping art by Ryan Ottley and Laura Martin, is not only a perfect jumping on point for new readers – it builds on everything Dan’s been doing for the past ten years and seamlessly continues the adventures of everyone’s favorite wall-crawler! Amazing Spider-Man is one of our flagships titles, steering the Marvel Universe in an exciting, new direction, perfect for readers new and old.”

In an interview with Comicbook.com, Spencer said the following:

“I think that a lot of what I’ll be doing is reconnecting Peter with some very classic, quintessential elements of the story that fans and readers are going to recognize. And it’s exciting to bring the character back to basics and, at the same time, Dan has obviously had one of the best runs on the character ever, and we’re certainly going to honor the things that he’s done and build from there.”

Spencer also mentioned being excited about Spider-Man’s incredible supporting cast and the fact that Spider-Man is the “every man” character with a special viewpoint of the Marvel Universe.