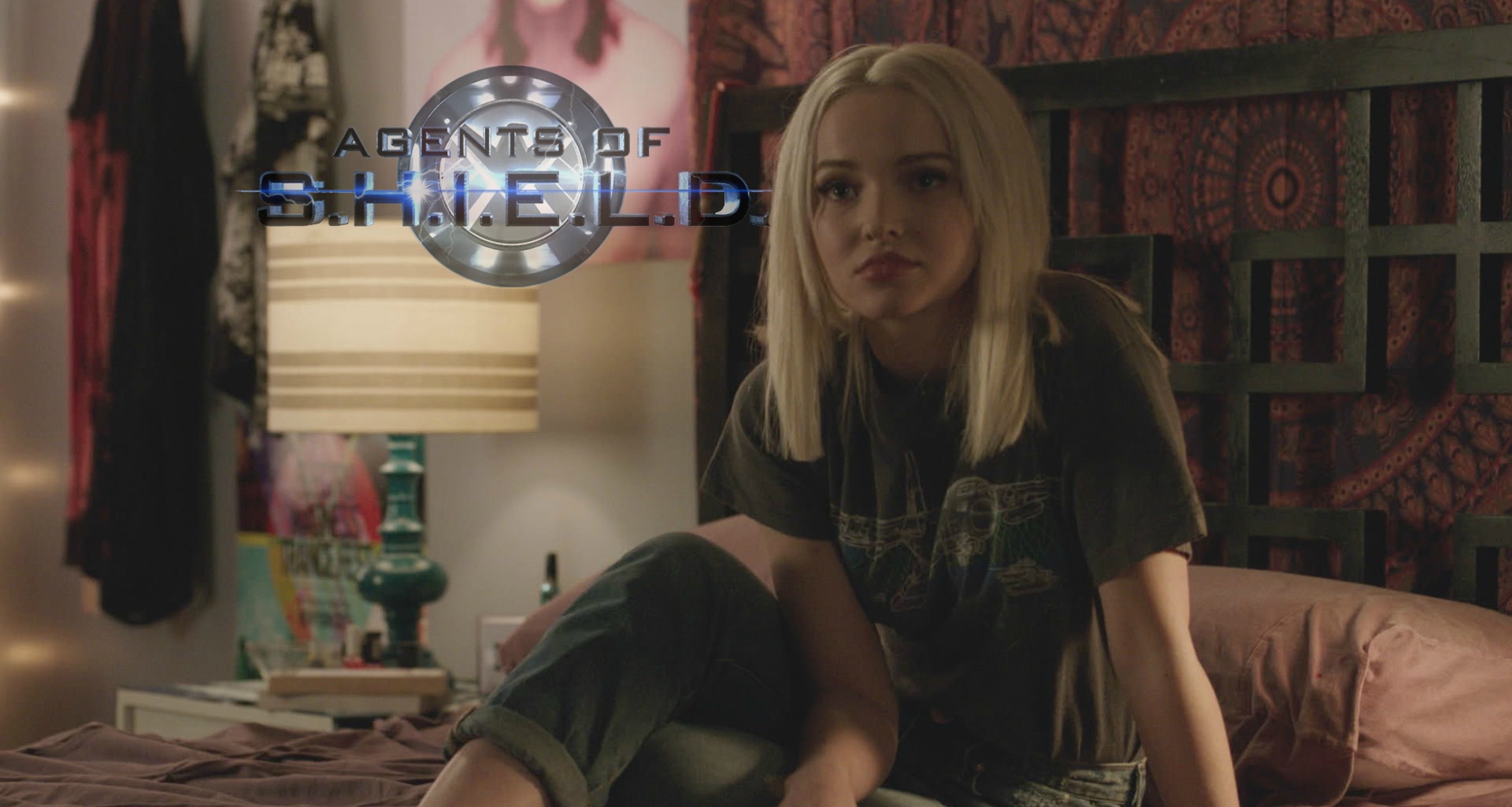 Marvel’s Agents of SHIELD returns after a month hiatus. Naturally, we were left with a bit of a cliffhanger concerning the fate of the agents. Would they be able to complete their mission and make their way back home? What will happen to their allies? These and other questions need to be answered in the remainder of the season.

Similar to last season, the show will take a slight turn as it veers into the next part of the larger story arc. There won’t be time to celebrate as they’ll soon find themselves facing yet another deadly opponent.

Warning: There will definitely be spoilers for Season 5, Episode 11 of Marvel’s Agents of SHIELD, “All The Comforts of Home,” below.

A new character named Ruby is introduced. She appears to be a teen and has a Daisy Johnson “Quake is my hero” poster on her wall. It turns out she’s General Hale’s daughter. Hale was the person in charge of the facility where Fitz was held captive after the agents were taken by Enoch to travel to the future. Hale also killed her two subordinates after they failed to locate Fitz after Hunter helped him escape.

Hale isn’t pleased with Ruby because she found out she skipped school. They clearly have a strained relationship. When Hale is about to leave, Ruby asks her if she’s a “good guy.” She’s aware that Hale is in charge of stopping SHIELD. Recently, the public was rooting for them, and they were the good guys.

Everyone made it back. They all ended up in the lighthouse since the monolith takes them through time, to the same place. An old SHIELD video starts playing with a message from General Rick Stoner (played by Patrick Warburton). The lighthouse is an old facility that’s part of Project Reclamation. It was built, possibly in the 70s, to rebuild things if a catastrophe occurred.

May and Fitz explore the place and find a giant storage room with three monoliths. A man walks up to them and turns out to be another sentient Chronicom named Noah. The only people that know about the place are now the ones inside it.

Since the Chronicoms are tasked to only monitor the line between the world and the stranger world acting only when there is an extinction level event, several computers are set up to observe the world. They notice a light is shining from the sky that could indicate an alien contact. This is what Voss (in the future) warned Coulson about. This is the first omen concerning the end of the world so they need to check it out. Daisy insists on staying behind.

Someone Hitched A Ride

The agents admire the world and borrow an old VW bus for transportation. As they drive off, someone else teleports in from the future–Deke. Somehow he survived Enoch’s exploding body and was sent back in time. He is in complete awe with seeing the world before it was destroyed. He ends up in a bar like the one in his Framework simulation. He’s dying to try a beer but discovers he does not like the taste. The bartender then gives him a Zima, which he loves. He drinks several, along with a burger and onion rings. Slightly intoxicated, he eventually tries to leave, not thinking about paying. When the bartender approaches him, Deke tries running out but slams into a pool table. He’s knocked out.

At the lighthouse, Daisy is looking over Stoner’s files. An alert she set up goes off and shows Deke has been arrested. She sets out to retrieve him, acting as a social worker for a patient who wandered off during an outing.

The Light In The Sky

The light in the sky is actually from a Kree device (like what Grant Ward/Hive used in Season 3). Inside the building containing it, the agents discover it’s empty except one person–Agent Piper. Piper tells them she followed orders and was looking for them. She saw a report of the light and went to warn them about the dangers it could bring. It had turned on randomly, and Piper managed to send everyone in the building away.

Fitz and Simmons investigate the device, and Fitz figures out how to turn it off. It was rigged with a man-made timer. It was a trap. Piper cut a deal (presumedly with General Hale), and several soldiers show up with a strange-looking woman in a mask.

A Farewell To Arms

The agents are surrounded, and the masked lady issues an order: “Kill them.” Yo-Yo quickly takes all the soldiers’ guns, and they discover they’re all robots. Coulson tries getting a surprised Piper to make a decision and pick a side.

The plan is to take the device and leave. The masked lady throws a ring blade at Mack, and Yo-Yo attempts to stop it. The result is both her arms get chopped off!

They make it back to the lighthouse and surgery is performed on Yo-Yo.

Who Is The Masked Lady?

General Hale is seen in Ruby’s room when the masked lady enters. It turns out it’s Ruby. The general isn’t happy with Ruby’s performance. Ruby counters that Hale promised her Daisy Johnson. Ruby figures if she keeps chopping up her friends, she’ll eventually show up. Hale says Ruby’s work was sloppy. This is why she can’t skip her classes. Ruby tells her mom that SHIELD took the device, which was their back-up. General Hale says, “You’re my daughter and a disappointment. At least the beacon will do what it’s supposed to.

At the lighthouse, Fitz and Noah examine the beacon. They immediately scanned it so they know they’re not being tracked. They notice it’s not cooling down and is actually heating up. Noah tells Fitz to run and tries jumping on the beacon. There’s an explosion.

In Philadelphia, Carl Creel is jogging when the General pulls up in a car. He knows who she is, likely from his former job protecting General Talbot before the Daisy Johnson LMD shot him. Hale tells Creel she told him she’d find him when SHIELD showed up. Creel says he doesn’t want to be her hired gun. It didn’t do Talbot any good. Hale says she’s not interested in a hired gun. She’s putting together a team. Creel thinks this over and gets into the car.

There is no time to rest or celebrate. The agents have fought for their lives in the future, made the journey back through time, and find themselves smack in the middle of another crisis. Next week is the 100th episode. There’s supposed to be some big things happening, including finding out what deal Coulson made with Ghost Rider in order to defeat the powered-up Aida.

Yo-Yo losing her arms was unexpected, despite seeing her future self and the tease we had when the Kree were interrogating her and Mack. We knew it was coming, but that didn’t make it any easier. Fans of the Marvel comics know Yo-Yo lost her arms fighting Gorgon, and they were replaced by prosthetics. We know losing limbs isn’t too bad since Coulson is doing fine. Regardless, it was painful to watch.

Hopefully the lighthouse hasn’t been destroyed or too compromised. It seems like it could make a cool new headquarter for the team since it has secret tunnels and was originally built by SHIELD. And could we get Patrick Warburton again? He’d have to be about forty years older, but it could still be entertaining to see him again.

I have no idea what to expect for next week’s episode. This show keeps throwing shocks and twists at us. Let’s hope there aren’t any more casualties and that the show gets renewed for another season.