The clock is ticking for Agents of SHIELD as General Hale’s daughter, Ruby, is determined to use HYDRA tech to become the “Destroyer of Worlds.” It’s a race for the team to re-unite in order to save the day. Meanwhile, another problem, closer to home, is developing plus another threat is headed towards Earth.

Warning: There will definitely be spoilers for Season 5, Episode 18 of Marvel’s Agents of SHIELD, “All Roads Lead …,” below.

Just when Fitz and Simmons managed to wreck part of the HYDRA weapon, Ruby and Werner von Strucker have arrived to force them to repair it. Ruby torments Fitz by throwing her blade at Simmons while she’s tied to a chair in order to get him to work faster. He finally convinces Ruby that he needs Simmons to help with the repairs.

Daisy was able to figure out where General Hale was operating out of by tracing back signals from the robot guards. When Daisy and May infiltrate the facility, Hale immediately surrenders. She tells them that Ruby took the Gravitonium and is at the same place as Fitz and Simmons. When they arrive, Hale asks Daisy to promise not to hurt Ruby. Daisy tells her Ruby is driven and a good fighter. She could be a great agent with the right guidance. 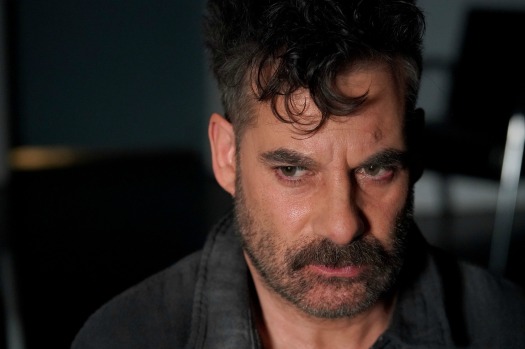 Talbot has been brainwashed. When he spoke to his wife on the secure phone, she read a phrase that made him “comply” with previous orders planted in his mind. Looking at the monitors at the Lighthouse, he figures out where Robin and her mom are staying. He enters their room and discovers several of Robin’s drawings.

Robin and her mom come in and Talbot is busted. He mentions he has a son about her age, and he misses him. When he introduces himself to Robin, she says she knows who he is. She’s drawn him. Talbot asks Robin who is in the picture she drew of a woman shattering the world. Robin’s mom tries getting Talbot to come back tomorrow to ask. He says that would be too late and puts her in a sleeper hold. He tells Robin she’s going with him, and she replies, “I know.”

Talbot is later trying to enter the hangar when Coulson and Mack find him. He’s frazzled and confused. Coulson tries talking him down, but Talbot says he has to complete the mission. Knowing there’s not much he can do, he points his gun to his head. Coulson convinces Talbot to point it at him. Mack takes the opportunity to shoot Talbot with an ICER gun. 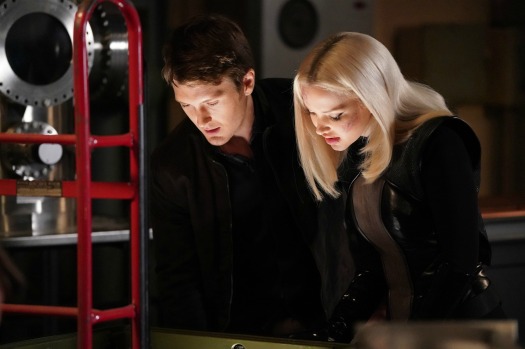 The chamber is finally ready just as the Zephyr One lands. Simmons says the Gravitonum won’t flow from the container to the chamber because of its properties, but they’re surprised when he easily transfers over. Ruby enters and is soon screaming to get her out. Hale and Daisy enter just as Werner finally shuts down the chamber at 8% completion.

Crumpled on the floor, she asks Werner to help her. He kneels down and tells her he isn’t going anywhere. She puts her hand to his face in a loving gesture but is surprised when his head starts to slowly cave in. Werner is dead, and Ruby cries out that she didn’t mean to do it. She’s hearing voices in her head. She wants to go back into the chamber to reverse it, but Simmons says it was only designed to go one way. Ruby accuses her of lying and pins both Simmons and Fitz high up against the wall.

Hale manages to get Ruby’s attention, and she drops Fitz/Simmons. Daisy tries calming her down as well by saying she knows what she’s going through with the newly gained power. Ruby explains, for the longest time, Daisy was everything she wanted to be. She was her hero. Now, she’s more than Daisy will ever be. She wants to crush her. Hale starts yelling again to pull Ruby’s attention on her.

Yo-Yo returns as the chaos ensues. Figuring out that Ruby is the one that took her arms, she uses her speed to nearly decapitate Ruby with her own blade. Hale gives Yo-Yo an evil glare as Ruby’s body starts to float up. Her body gives off a big blasts, and Hale managed to escape in the confusion. Daisy yells that she had the situation under control and she just killed Ruby. Yo-Yo responds, “No, I just saved the world.” 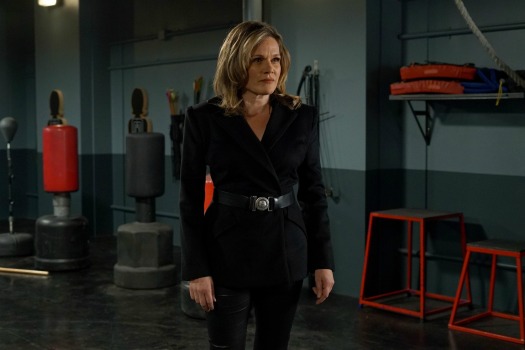 Where did Hale go? Somehow she ends up back at her facility. She somehow found her way to the alien teleportation device and does not receive a warm welcome for arriving without an invitation. She tells the alien she’s found what he’s looking for. SHIELD has the Gravitonium and won’t give it up willingly. The alien asks if she’s okay if he kills them. Hale says she has no reason to stop him.

Farewell Ruby. She was a little twisted and borderline psychotic, but you can’t blame her for how she was raised by HYDRA and her mother. Daisy saw potential in her as a possible SHIELD agent. When Hale was surprised by this, Daisy mentioned they’d need all the help they could get when the alien forces arrive. It may be for the better since it’d be difficult for the others, especially Yo-Yo to accept her, if it was even possible to convert her.

Did Yo-Yo kill her in cold blood, or did she really save the world? We still don’t know exactly who was in Robin’s prediction drawing. Has Yo-Yo managed to break the time loop, or is it as fixed as Fitz believes it to be? Mack isn’t overly keen on violence so will he be okay with Yo-Yo’s extreme way of dealing with Ruby?

With Ruby gone and the Gravitonium in their possession, they just need to worry about Hale and the alien threat. Does Hale know where they’re staying? There’s only four more episodes after this. There still hasn’t been an official announcement on whether or not the show is returning for a sixth season or if it’s being canceled. Episode 22 is entitled “The End.” Let’s keep our fingers crossed.