One of the most feared words for DC Comics readers is “crisis.” There have been different crises over the years with dire results. The entire DC Universe is usually shaken up with many deaths occurring.

DC Entertainment has announced another crisis is coming. This time it’s happening within the heroes. 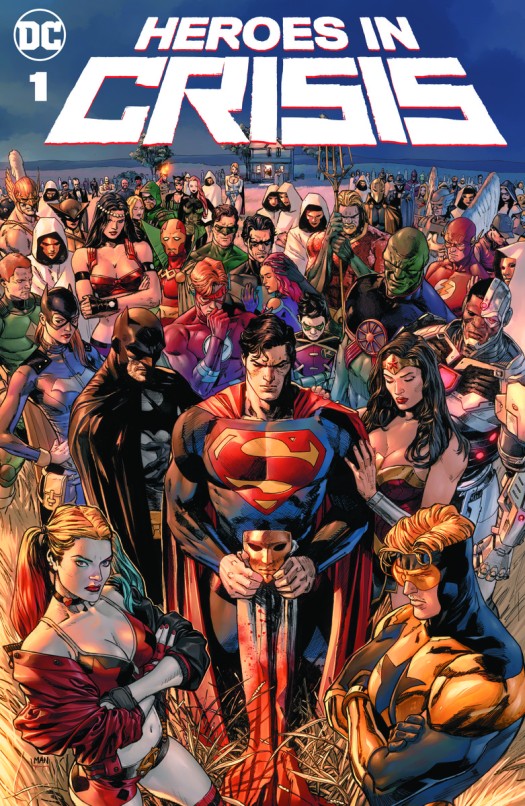 Heroes In Crisis is a seven-issue miniseries by Tom King and Clay Mann. The crisis this time around isn’t about the collision or destruction of universes. The story will focus on the humans and superhumans beneath the masks. What allows the heroes to continue the fight when it appears they can no longer continue the never-ending battle?

Superman, Wonder Woman, and Batman have created Sanctuary–a place for heroes to go to when it all becomes too much. Here, they are able to find some peace before returning to a world of violence. When Sanctuary fails, the results are catastrophic for the DCU.

Tom King had this to say about the series:

“I feel like I’m part of a rolling generation of people who spent their twenties overseas fighting terrorism. Millions of people cycle through that machine and come home to America. And I think that sort of experience of violence is shaping who we are as a culture, and as a country. And I want to talk about that. I want to talk about that experience, the experience of what violence can do to a person, to a community, to a nation, to a world. If I could do anything to the DCU, it would be to bring a sense of community of superheroes and people. I feel a duty to talk about what violence does to a society through the comics I’m creating.”

Heroes In Crisis is written by Tom King with art by Clay Mann and Tomeu Morey. It’s lettered by Clayton Cowles, and edited by Jamie S. Rich and Brittany Holzherr. The first issue goes on sale in stores and digitally on September 26.