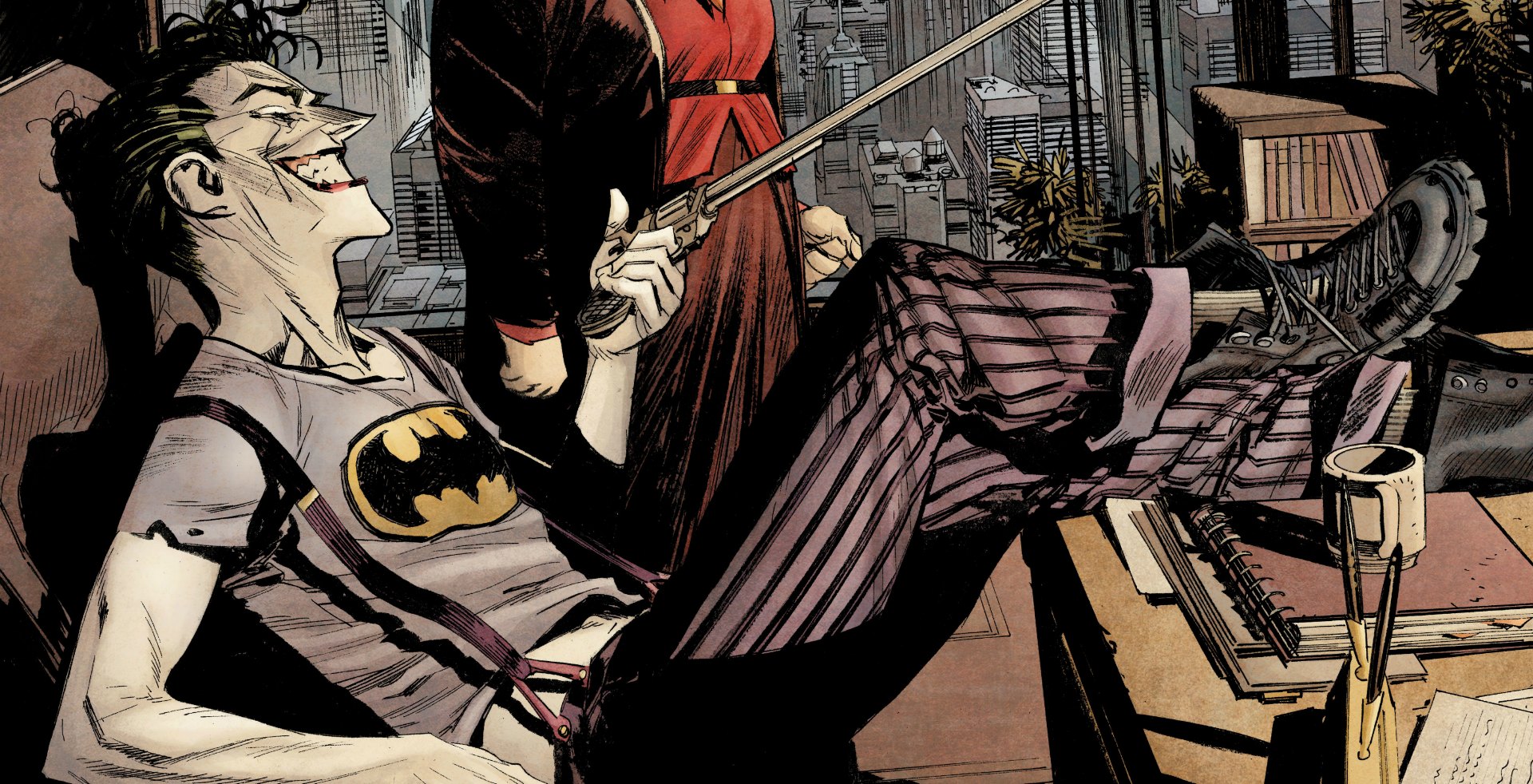 Sean Murphy is continuing his killer version of Batman under DC’s Black Label imprint. DC Comics will release the sequel to Batman: White Knight this summer. Get ready for Batman: Curse of the White Knight.

Murphy put a twist on the story of the fight between Batman and Joker. Joker was cured of his madness and became an advocate and champion for justice in Gotham. At the same time, Batman began spiraling down a dark path of madness of his own.

Joker will now recruit a new “savage partner” to help expose a dark secret about the Wayne family’s legacy. Batman will be trying to protect the city and those he cares for from this conspiracy against him. The question is: Can Batman handle the truth once it’s in front of his eyes?

Check out the preview pages below.

Batman: Curse of the White Knight is a eight-issue miniseries, on sale monthly. Colors are likely by Matt Hollingsworth. The first issue will be available on July 24, 2019.