Matt Ryan continues his tenure as the DC Comics character Constantine. City of Demons started off as a series of animated shorts for the the CW Seed channel.

The release will contain a 90-minute feature-length release with over an hour of never-before-seen content. 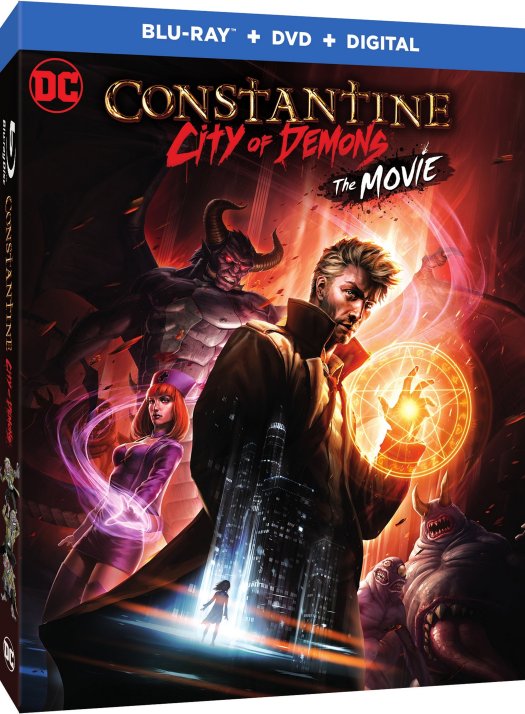 In the movie, Chas and Constantine venture out to cure Chas’ daughter Trish from a supernatural coma. They’ll seek help from Nightmare Nurse and the Aztec God Mictlantecuhtli in trying to defeat the demon Beroul. As they fight through the dark corners of Los Angeles, Constantine will come face-to-face with his arch-nemesis Nergal.

Check out the movie trailer.

The movie, from executive producers David S. Goyer and Greg Berlanti, is rated R for bloody violence/gore, disturbing images, and some sexual content. City of Demons is directed by Doug Murphy with a script by J.M. DeMatteis. Phil Bourassa provides the art direction.