We’re all familiar with Peter Parker’s Uncle Ben’s words that “With great power, comes great responsibility.” According to Squirrel Girl, the idea goes back to the late 1700s. Spider-Man was surprised and did a great job covering up after he almost blew his secret identity.

Kraven the Hunter may be a bit of a jerk. How many times has he hunted Spider-Man? He even tranquilized him, buried him alive, and dressed up in a Spider-Man costume. Regardless, he’s always been perfectly behaved within the pages of The Unbeatable Squirrel Girl. He may be turning over a new leaf in this issue. Be sure to read the after credits/after letters page scene.

Best Reason To Use Caution When Selecting Superhero Gadgets

A big part of being a vigilante is having really cool gadgets, especially if you don’t have superpowers. When Selina is picking out some new gear, she realizes that not everything is as cool as it may appear. 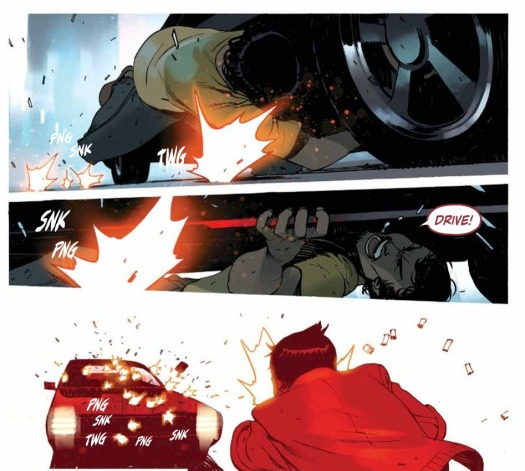 What do you do if you’re about to jump into a stolen getaway car and the bad guys start shooting? It seems you dive under the car and hold on for dear life. This car scene is pretty nuts, which makes sense since it from the minds of Rick Remender and Bengal.

Best Reminder That Batman Beat Guy Gardner With “One Punch” 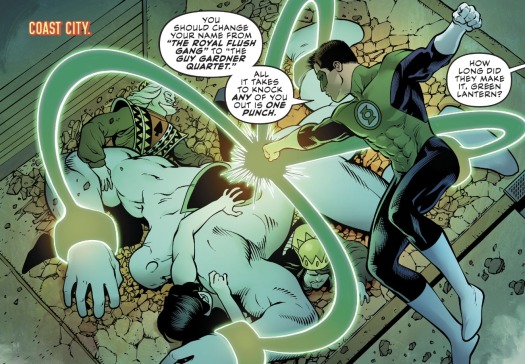 Once upon a time, Guy Gardner was being his usual obnoxious self. Batman had enough and knocked him out–with one punch. This is something Hal Jordan never wants to forget.

Supergirl is about to leave Earth in search of the evil Rogol Zaar since he claims to be responsible for Krypton’s destruction and even destroyed the bottle city of Kandor. Superman can’t go with her because of his duty and responsibilities. Instead, he sends Krypto to accompany her.

The Amazing Spider-Man: Renew Your Vows #22 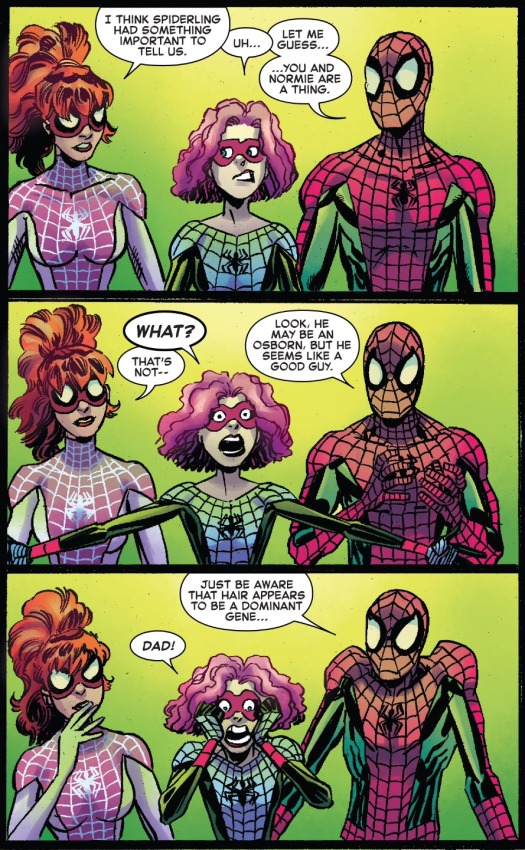 Norman Osborn may be Spider-Man’s biggest enemy, but he will always be know for having really…interesting hair. This is something he’s passed on to his son Harry and grandson Normie.

Miss Martian is obviously not a native of Earth. Her literal words in describing bad stuff about to go down is pretty great.

Daredevil is a super-tough and skilled hero. Even he knows there are other ways to deal with a crowd of fighting super-villains. He easily clears the area by mentioning he texted the Hulk. Imagine Hulk trying to text on a phone with his giant fingers. 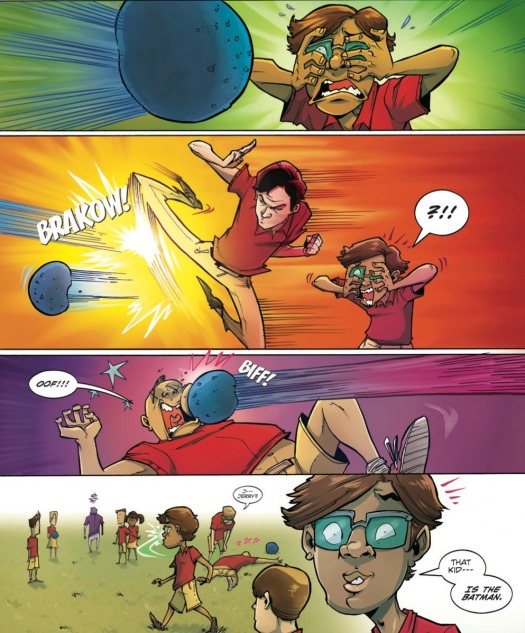 Being in school can be tough. It’s even harder when recess means dealing with cruel bullies. No one wants to get a “Widowmaker Playground Ball” slammed in their face. Luckily it appears that the Batman might be attending this school. 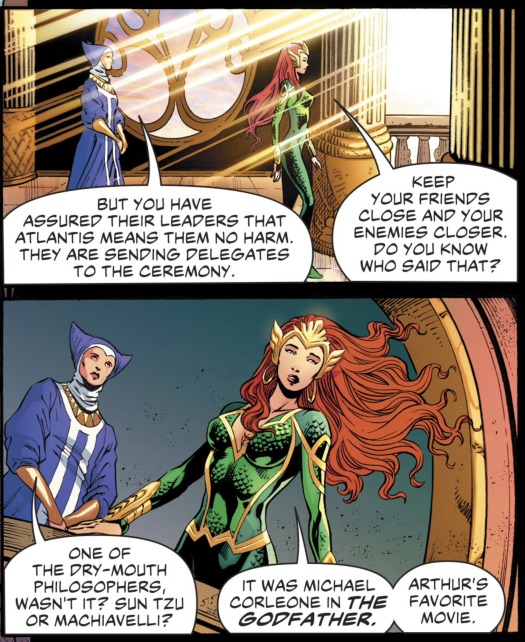 How many times have we seen superheroes forced to trudge through disgusting sewers? Spider-Man comes up with a brilliant idea that surprisingly hasn’t happened in comics.

Hal Jordan has had a heck of a time lately fighting all sorts of deadly threats alongside the Green Lantern Corps. What does he do after the battle is won? He visits his true love, Carol Ferris, and they share a passionate kiss.

Best Example Everyone Could Be A Cat Lover

Ben Grimm is a pretty tough guy. Maybe he didn’t want anything to do with a bunch of cute and cuddly cat but even The Thing is unable to resist their charm.

Best Reaction We All Have About The Fantastic Four’s Return

And this next one is a big spoiler, but it is apparently going to be the cover of the second printing of this issue.

What the heck took Ben so long to pop the big question?