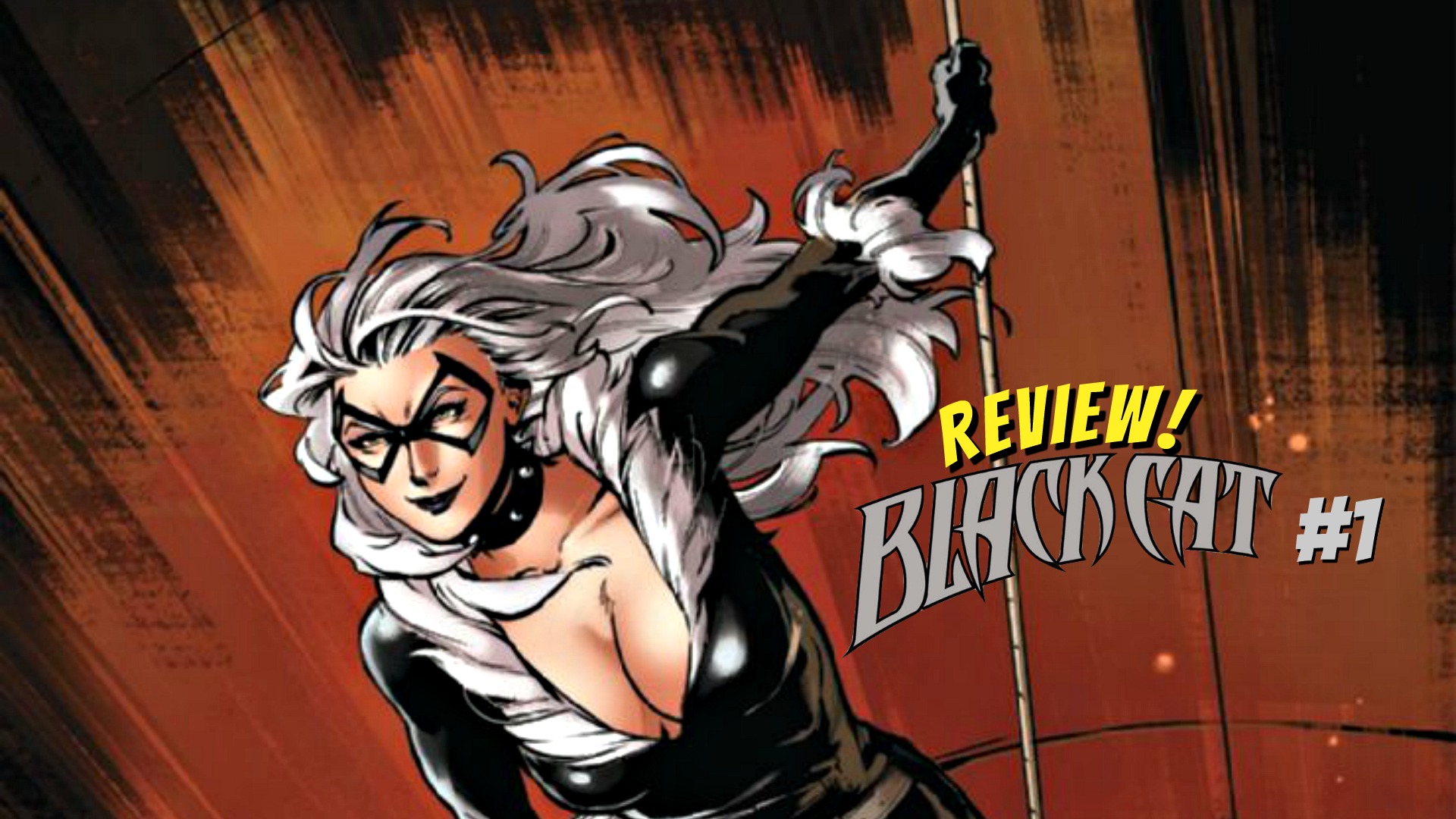 Black Cat is back!

Felicia Hardy just recently came out on top in twelve fantastic issues (and an annual) of a series written by Jed MacKay. In these issues, Felicia survived crossing the Thieves Guild and established a new crew for committing various heists.

These heists happened to take place in Doctor Strange’s Sanctum Sanctorum, the Fantastic Four’s current headquarters, the private collection of the current boss of the criminal captal of the world in Madripoor, as well as Stark Unlimited. When issue #12 marked the final issue, it was truly a disappointing day.

Now Jed MacKay is back with C.F. Villa handling the art in a new Black Cat series.

The good news and bad news for Black Cat is her new series is officially part of the King in Black story arc. The good news is Felicia is being given the respect she deserves in having a place in the story.

The bad news is starting off in the a massive crossover event can pull the focus away from an individual issue. Knull, the God of the Symbiotes is also major bad news having pretty much demolished all the heroes in King in Black #1. Felicia may need to use several of the proverbial cat’s nine lives to survive this.

The story begins with Felicia and her crew in the middle of a job. As the Marvel heroes (Avengers, X-Men, and pretty much everyone else) battle against Knull (as seen in King in Black #1), Felicia’s getaway is interrupted. This doesn’t sit too well with her. She takes her job getting messed up very personally.

Seeking out who was responsible brings her to fight where she encounters Captain America, who immediately welcomes her as a fellow comrade in the fight. The respect he gives her, partly thanks to Spider-Man having talked about her, was great to see. The fight will soon result in Felicia embarking on a related heist because that’s what she does best, and she may be the only one who could pull it off.

MacKay has already proven he has a great handle on who Felicia is. Too often it seems writers only have a story arc or two with a character before a book is relaunched with a new creative team. Villa’s art with Brian Reber’s colors captures the vibe we’ve already seen in the last volume. Being thrown into a gigantic battle, Villa and Reber do a remarkable job making it clear how dire the situation is and deliver an impressive down-to-earth perspective compared to what we’ve seen in King in Black and the recent issue of Venom. It still feels like a Black Cat story despite the immense stakes.

Tie-in issues to enormous comic book events can have a positive impact on a series, in terms of sales. Being a tie-in issue can also prevent the natural flow and identity of a series to be carried out. MacKay does find the right balance. Black Cat is in a grander scenario compared to what she usually allows herself to be in. At the same time, we see Felicia doing what she does best in order to fulfill an extremely vital task in the King in Black story arc.

Jed MacKay has already shown comic fans he knows how to write fun and exciting Felicia Hardy stories. With C.F. Villa and Brian Reber, the new volume doesn’t skip a beat. Black Cat is back and it almost doesn’t feel like it’s been four months since her last issue. As part of the King in Black story arc against the God of the Symbiotes, this new series balances playing a crucial role in the story while also maintaining the true nature of what a Black Cat story should be like. This is an opportunity for the rest of the Marvel Universe to see Black Cat’s full potential. Black Cat is the type of comic we need to see more of.