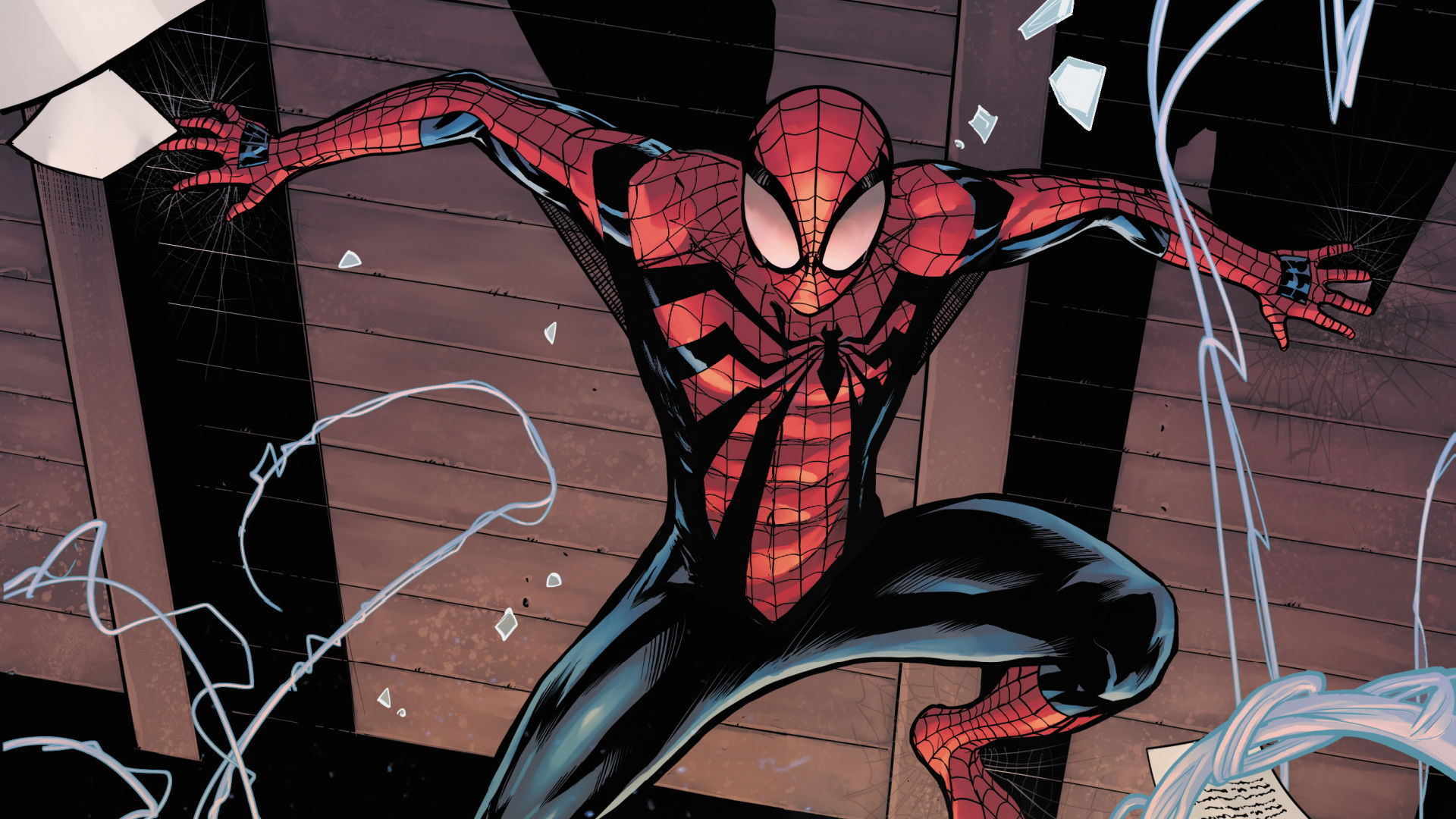 Last week it was announced that Nick Spencer was planning on ending his three-year run on The Amazing Spider-Man. As one of Marvel’s flagship titles, it has become one of the few comics to keep a writer on board for years. Other books tend to see shuffles in creative teams after a story arc or two. The big question remained: Who would become the new ASM writer?

Marvel figured why settle for one Amazing writer when you could have a few? Five writers have been revealed: Zeb Wells, Kelly Thompson, Saladin Ahmed, Cody Ziglar, and Patrick Gleason will be contributing to the title. Why so many? The book will be coming out THREE TIMES a month (something we saw years back in the Brand New Day era).

If that wasn’t enough of a shocker, the new era will feature the return of Ben Reilly!

It all begins in Amazing Spider-Man #75 with Ben Reilly returning to reclaim the mantle of Spider-Man. The (beloved) clone of Peter Parker will be backed by the Beyond Corporation and is determined to be the “best version of Spider-Man there ever was.”

What does this mean for Peter Parker?

Marvel released some teasers yesterday, and one didn’t look too good for Peter.

Uhm…what exactly is Marvel trying to tell us? Will they actually “kill” off Peter?

This is what Editor Nick Lowe had to say:

The whole point of working on Spider-Man is trying to put new unliftable weights on top of him—physical, metaphysical, emotional, psychological—and seeing if he can lift them. But what if that weight truly is too heavy? What if someone with the exact same skills and formative years could do better? Ben Reilly is back and, with Aunt May and Uncle Ben’s lessons in the back of HIS mind as well, he’s here to step in where Peter Parker failed. Can he accomplish things the original Spider-Man never could? These questions are what sold me on this story.

When Zeb Wells started building this story it became apparent that it needed a narrative velocity and a team of the best of the best to make it happen. So we gathered some of the greatest writers and artists in comics to join us and the story got even better and bigger and more surprising.

Zeb has proven through Amazing Spider-Man “Shed,” Spider-Man/Doc Ock: Year One, and Hellions that he will bring the balance of hilarity and emotional devastation. Kelly Thompson’s work on Captain Marvel and Black Widow shows her to be the best mind for character work along with a fearless creativity that will keep you guessing. Saladin Ahmed is the rare writer who walks the tightrope of a book like his Eisner-Winning Black Bolt to his smash hit “Clone Saga” arc of Miles Morales: Spider-Man and his contributions shook us all. Fans from his time at the Distinguished Competition know Patrick Gleason isn’t only an artistic visionary (as proven recently from his Webhead covers) but also a highly-skilled writer whose Marvel debut is going to be the shot heard round the comics world. Cody Ziglar is a new name in comics, but the work he did for the upcoming Disney+ She-Hulk show and Rick and Morty showed us at Marvel that he is part of the next generation of Marvel superstar writers and he has not disappointed here.

Check out the other teaser that surfaced yesterday:

We’ll get our first hint at what’s coming up in the Free Comic Book Day 2021: Spider-Man/Venom coming out on August 14. Marvel will soon announced the artists joining this amazing group of writers.

What do you think of all this?