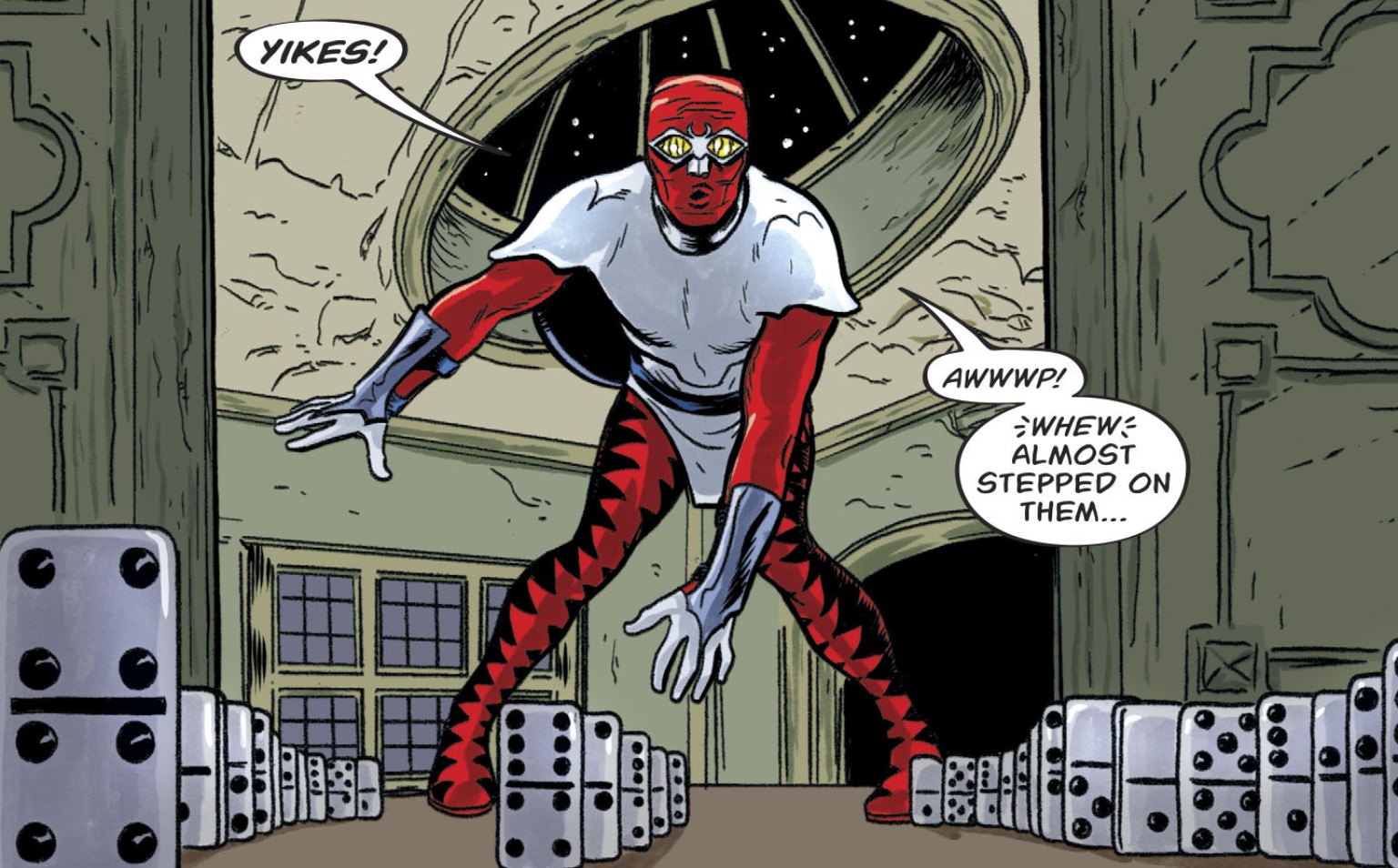 Every week we see a deluge of comics hit the shelves. Lately there’s been a lot of “big” stories and massive crossover events. It’s always a blast to see your favorite characters team-up or fight the other popular characters, but sometimes we need a chance to catch our breath. That’s what Bug! The Adventures of Forager allows us to do. This is pure storytelling and comic goodness anyone can enjoy.

Forager may not exactly be a household name. Jack Kirby/Fourth World fans will recognize the bizarre hero, and it was a surprise to first hear we’d be seeing a comic featuring the character. Then again, that’s the beauty of DC Comics’ Young Animal line. We can expect the unexpected. What makes this delightful comic even better is the amazing creative team of Lee, Mike, and Laura Allred.

For those unaware of Forager’s origin, it could get a little complicated trying to explain the concept of the New Gods, Darkseid, and other the Fourth World characters. That is not and should not be a deterrence to readers. With the way Forager is introduced to the story, pretty much everything you need to know about his past is explained on the first page.

It appeared Forager died saving Batman’s life along with preventing Earth being destroyed by the Anti-Life Equation years ago. Now he awakes in a strange house and soon meets other characters such as the original Sandman as well as Brute and Glob as they have to defeat the evil General Electric and figure out what’s up with that talking teddy bear.

The story by Lee and Mike immediately pulls you in. Even if you have no idea who the different characters are, that’s perfectly okay. You’ll find yourself in the same shoes as Forager since he’s not too sure what’s going on either. Regardless of the connection to the Kirby characters, you can simply read and enjoy as the adventure unfolds.

The amazing art and colors by Mike and Laura is always a pleasure to see. It’s a perfect fit here, and you’ll want to pause and take in the beauty of each and every panel. They capture Forager’s essence on every page. You can see and feel how noble and innocent he is, which will make readers root for him without a second thought.

If you’re looking for something different or want a break from the big “events” happening in so many different comics, Bug! The Adventure of Forager is exactly what you’re looking for and need to experience. I’ve lost track of how many times I’ve read this first issue already. This is a book where you’ll have no idea what’s coming next. I’m avoiding the solicits for the next issue because I want to take in every ounce of the next issue when I’m able to get it in my hands. Do yourself a favor and read this book.