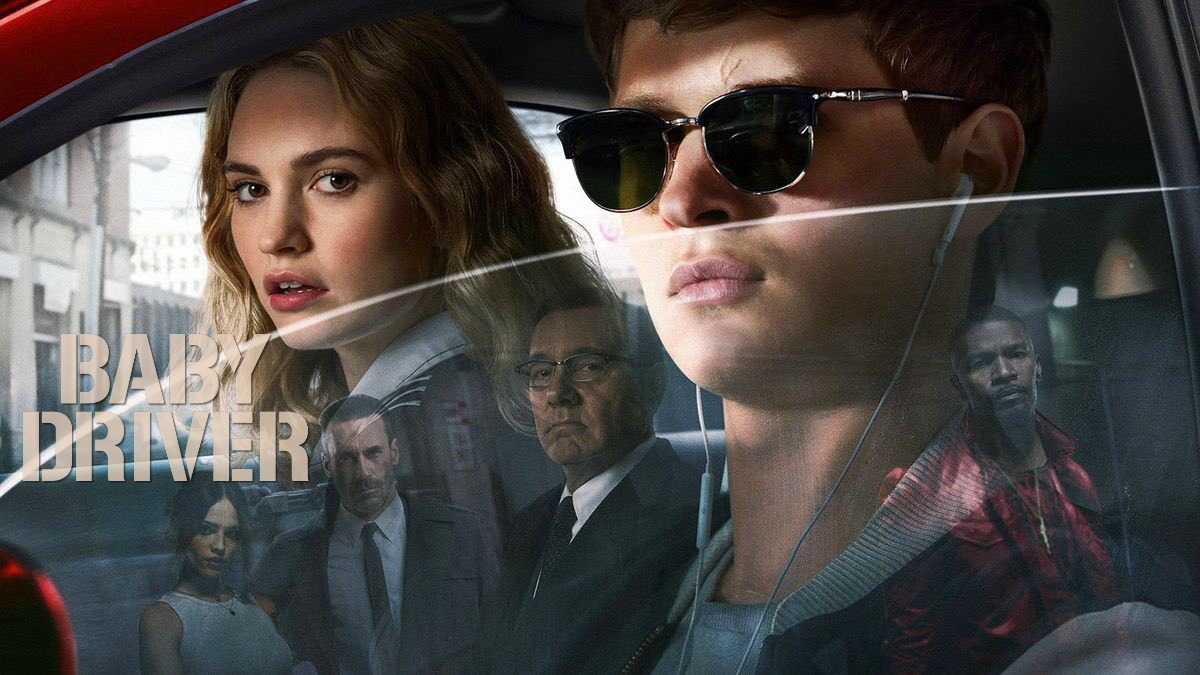 Edgar Wright’s latest movie has smashed its way into theaters. The premise focuses on a getaway driver named Baby (Ansel Elgort) working for the town’s big underworld boss (Kevin Spacey). Baby suffers from Tinnitus and uses music to drown out the ringing in his ears. Working different jobs, he has to team up with the likes of Jamie Foxx, Jon Hamm, Eiza Gonzalez, Jon Bernthal, Lanny Joon, Flea, and others. In the midst of some high speed car chases, Baby meets Debora (Lily James), and the plot begins to thicken. It may sound like a pretty straight forward plot, but this is a movie you definitely need to see in movie theaters.

Usually when someone says a movie needs to be seen on the big screen, it’s because of the special effects or crazy twists and spoilers. While this is a fantastic film with a stellar cast, the reasons you should see it may not just be the ones you expect. 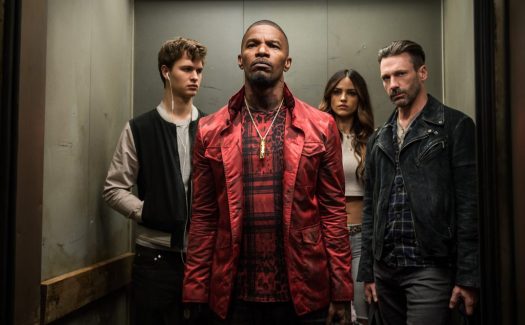 If you look at the top ten grossing movies so far in 2017, eight of those are franchise sequels like Guardians of the Galaxy Vol. 2 or remakes of an existing property like Beauty and the Beast. The other two are Get Out and The Boss Baby. It’s not often we see new or original properties take off with huge success these days. It’s no secret I absolutely love all the superhero movies and sequels, but Baby Driver manages to deliver something fresh.

Of course there has been several high speed driving movies over the years. The Fate of the Furious is at the number five spot in that top ten list so far this year. What makes Baby Driver different is the story and the fact it has so much heart. This was a movie I went into without having watched a single trailer beforehand. It’s a joy when you can be immersed into a brand new cinematic world and discover new things as they unfold. Baby doesn’t know the people he works with on the different heists, and the audience gets to find out about them as Baby does.

Besides the high octane adrenaline rush from the chase scenes, there is also a love story. There are two love stories, actually. Baby loves music and has fallen for Debora. I can attest that Tinnitus is an extremely annoying thing to have. Baby’s love of music goes beyond being a simple device that allows himself to focus on his activities in life. As the story progresses, the reasoning behind the level of his passion becomes clear. Music is a huge and important part in this film, and Wright uses it brilliantly.

The moments between Baby and Debora almost takes the movie into a different realm. Baby’s part of a dangerous world, but the audience learns he’s just trying to skim the surface in order to achieve the things he really wants. There is a surreal feeling between the two in some of their exchanges, and you can’t help but feel hope that everything will work out in the end. This is where the intensity of the other areas in Baby’s life comes crashing into play.

Bottom line: we need more movies like Baby Driver. Like many of today’s audience, I also look forward to the next big superhero or big-action blockbuster movie. Moviegoers need to support the new ideas as well. This movie had top notch acting all around, a phenomenal soundtrack, and plenty of edge-of-your-seat action. This is why you need to see Baby Driver in theaters. It was the number two movie this opening weekend after the latest Despicable Me sequel, which all the families with kids went to see.

A message needs to be sent to Hollywood. Just as Get Out was a big success earlier this year, it’s important for people to see this movie and see what it really is. Are we not capable of appreciating more than flashy CG movies? It’s not often a movie simply fills you with a sense of awe. Check it out and find out what all the buzz is about. Just be careful when you drive away from the theater. You might still be full of that adrenaline rush from those car scenes.