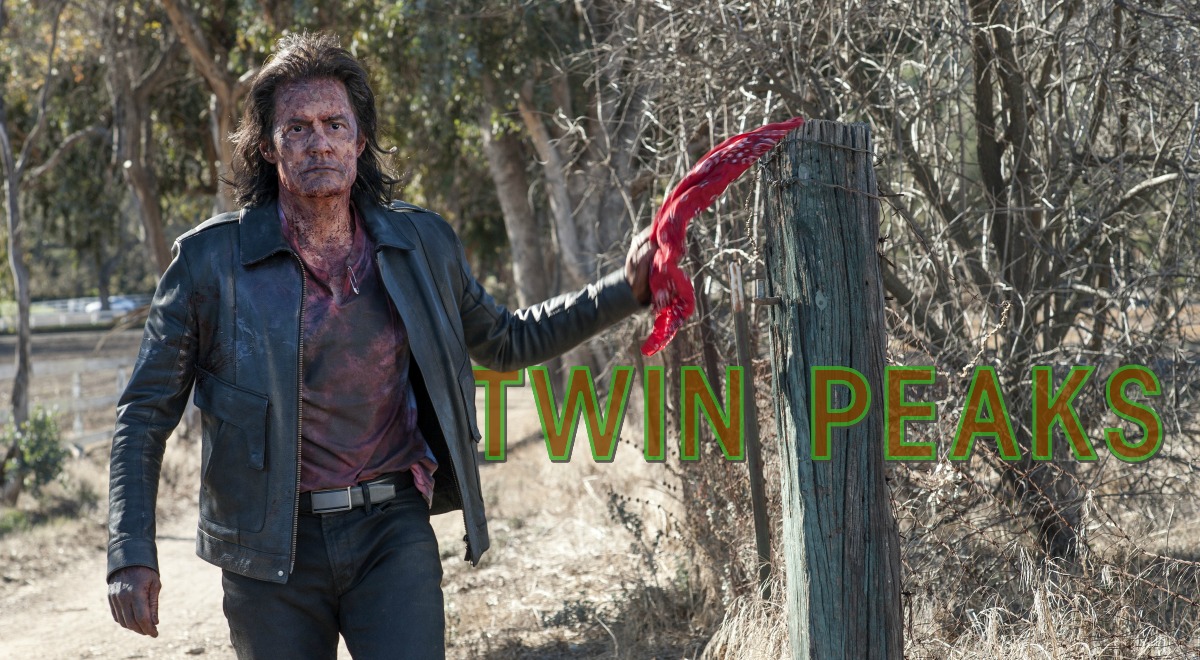 “This is the chair.”

After the last extremely bizarre look at the origins of evil (and possibly BOB), Twin Peaks returns with another new normal episode…or as normal as an episode of Twin Peaks can be.

Now that the season is at the half way point, we’re seeing some of the different plot elements come together to slowly deliver some answers. Here’s what happened this week along with the latest questions that have popped up. There will be spoilers for Twin Peaks Season 3, Episode 9.

Mr. C. Makes His Next Move 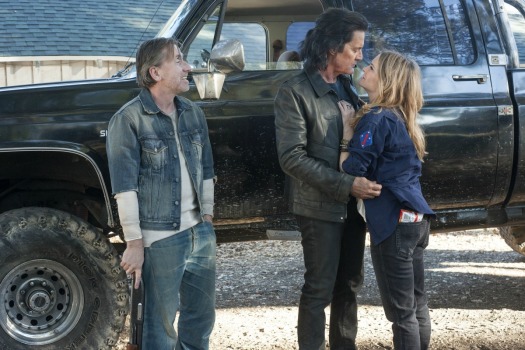 Evil Cooper recovered from getting shot by Ray Monroe last time with the help of some woodsmen from the Black Lodge. He meets up with Hutch and Chantal at a farmhouse they took over. Chantal patches up his bullet wound, and he gets some guns and a new ride. Before he leaves, he sends someone a mysterious text: “around the dinner table the conversation is lively.” Next he calls Duncan Todd, the guy that gave Ike the Spike the orders to kill Dougie and Lorraine. He also tells Hutch to kill the warden of the federal penitentiary.

“Dougie” At The Police Station

Cooper is still coasting through Dougie’s life. Cooper and Janey-E are there since Dougie’s car was blown up and Ike the Spike tried killing him outside the office. The police aren’t quite sure what to make of “Dougie.” They discover there aren’t any records on him prior to 1997. They think maybe he was in the witness protection program. One of the officers gives Cooper a new cup of coffee so they can run the prints off his first cup. The police also find out Ike the Spike is staying at a motel nearby and arrest him.

A Message From The Briggs’ Residence

Bobby visits his mom along with Sheriff Truman and Deputy Hawk. Truman starts to tell her they want to talk about Agent Cooper’s visit the day before the Major disappeared. She stops him right away, knowing this day would come. She tells them that Garland told her, right after Cooper’s visit, that one day their son Bobby, Hawk, and Sheriff Truman would come and ask about Cooper. He had something for them, kept hidden in his chair–a metal cylinder.

Bobby knows how to open it, and there’s a message inside: “253 yards east of Jack Rabbits Palace. Before leaving Jack Rabbits Palace, put some soil from that area in your pocket.” There’s also a date, which is a couple days away. Bobby knows where the place is from his childhood. Somehow Major Briggs knew these events were going to happen and Bobby would be part of the police department. The second page of the message has Cooper’s name twice along with a bunch of numbers. Two Coopers…

The FBI Investigates The Body

Gordon, Albert, Tammy, and Diane were on the way back to Philadelphia when they find out about Major Briggs’ body at the Buckhorn, South Dakota police department. Diane sits in the waiting room, smoking, when she gets a text from an “unknown” contact. It’s the message Mr. C. sent.

Inside the morgue, they’re told the story of William Hastings’ arrest after the murder of Ruth Davenport. Hastings was having an affair with her, and her head was on top of Major Briggs’ body. Hastings was also publishing a blog about alternate dimensions (which you can check out here). They also are told about Dougie’s engraved wedding ring being in Briggs’ stomach.

Preston then questions Hastings about his blog. His last post was, “We met the Major.” Ruth found information that if you went to a certain place at a certain time, you could enter another dimension. Apparently, the Major was hiding (or hibernating) there. They asked Hastings and Ruth to get him important coordinates. When they returned, others came and killed Ruth. When Briggs got the numbers, he started to float up and said, “Cooper Cooper.”

You want some answers? We’re getting answers. Now we know where Major Briggs has been and how his body is younger than it should be. He’s been hiding in another dimension. It’s likely he wasn’t in the same place as Cooper. He was likely killed by the woodsmen. It seemed time travel could have been involved, but perhaps time just passed differently for Briggs. Hastings did also mention Briggs was hibernating. The question now is why was he hiding there? What went down between Evil Coop and Briggs?

It was great to see so much about Major Briggs. The return of William Hastings was good as well. It’s been hard to tell whether or not some of the people we’re seeing are important to the overall story or if they’re just being used to further expand the world. Andy and Lucy’s discussion about the chair felt like it was unnecessary. Johnny’s scene was strange and tragic. Hopefully we’ll see more about what that was about. Jerry’s adventures almost deserve their own spinoff series. The two women at the Roadhouse was another head-scratcher. Are we supposed to care about them?

An interesting thing from the credits, since there’s always some information you can pick up there, deals with Evil Coop’s two associates. Hutch and Chantal both have the last name Hutchens. They must be either married or brother and sister. It’s weird that Hutch would tell Chantal to kiss Mr. C. before he left.

With the answers we got this week, let’s hope we get some more next week.