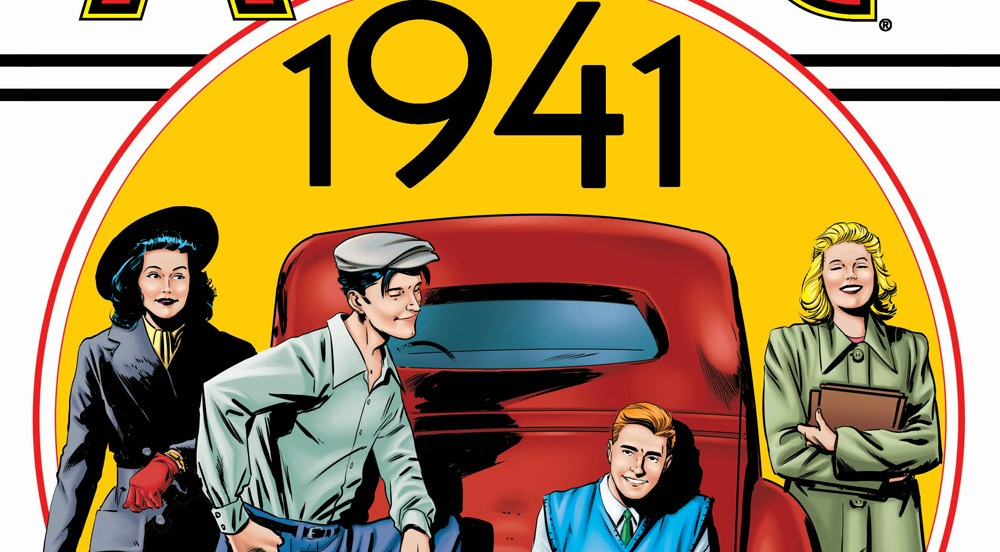 Imagine Archie, Betty, Veronica, Jughead, and the other Riverdale characters in a story set in 1941. It might seem weird at first, but it really shouldn’t. Archie Andrews made his comic book debut back in 1941 in Pep Comics #22. Returning the characters to the time where it all began makes a lot of sense.

This fall, Archie Comics will take the gang back to their roots in a five-issue mini-series set during the WWII era in a comic called Archie 1941.

The comic will be written by Mark Waid, who is no stranger to Archie Comics. He’ll be joined by some former collaborators. Brian Augustyn worked with Waid on The Flash and JLA. The art will be by Peter Krause, who worked with Waid on Insufferable and Irredeemable). The colors will be by Kelly Fitzpatrick and letters by Jack Morelli.

The story will focus on Riverdale dealing with the impending conflict of the war and we’ll see how it affects the small town and personal lives of our favorite characters.

Waid made the following statement about the series:

“Deep-diving into the characters and their parents from a whole new perspective, Brian Augustyn and I have been able to find a new, rich vein of stories to be told as America edges into World War II and what it’ll mean to the kids. It’s been an exciting project made only more thrilling by the chance to be able to work alongside my longtime co-conspirator on Irredeemable and Insufferable, Peter Krause!”

Speaking of Krause, check out some interior pages from the first issue. (Click to enlarge). 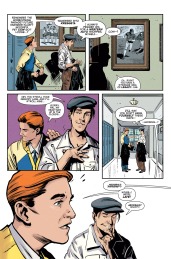 To capture the look of the characters and combine it with his style, Krause mentioned going through reprints of Sears catalogs and online photo troves.

Archie 1941 #1 arrives in comic shops and digital platforms on September 12, 2018. There will be variant covers by Sanya Anwar, Francesco Francavilla, Dave Johnson, and Aaron Lopresti. Be sure to talk to your local comic shop to let them know you’re interested.