Who the heck is Ghost Spider? There was a character by that name in an 2016 episode of Ultimate Spider-Man animated TV series (written by Joshua Hale Fialkov). This Spider Ghost is different. In fact, it’s someone we already know–Gwen Stacy, aka Spider-Gwen.

Marvel has just released a teaser for the Spider-Man panel at San Diego Comic-Con with “Spider Ghost Debuts.” 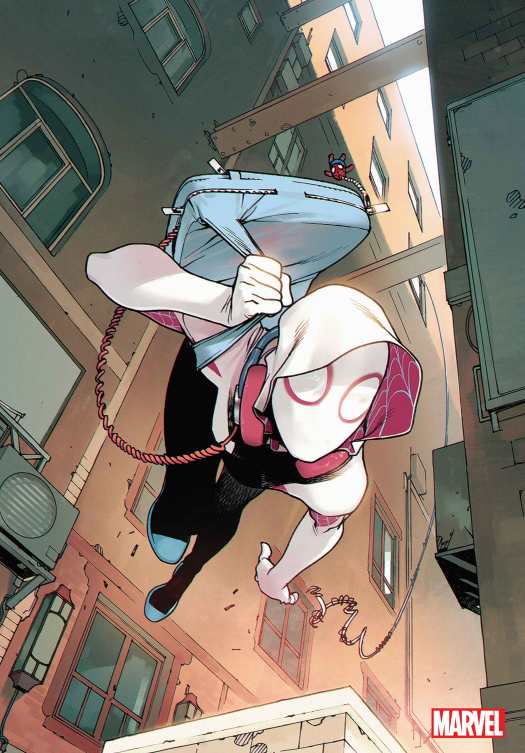 You might recall back in December, Marvel announced the Marvel Rising: Secret Warriors animated franchise. It was mentioned here that Gwen Stacy would be going by the codename Ghost-Spider. Looks like they’re going to make that official in the comics as well.

This makes sense. “Spider-Gwen” is a name used just for comic readers to know who she is. In her (alternate) comic universe, she went by Spider-Woman–a name used by several spider-related characters in the regular Marvel Universe.

The big question is: Why is she going with Ghost in her name? It could be due to all the crap she’s been going through in her regular comic. We’ll have to wait until next week to find out more. The Spider-Man panel is Friday, 7/20 at 12:30-1:30pm PT in room 5AB.