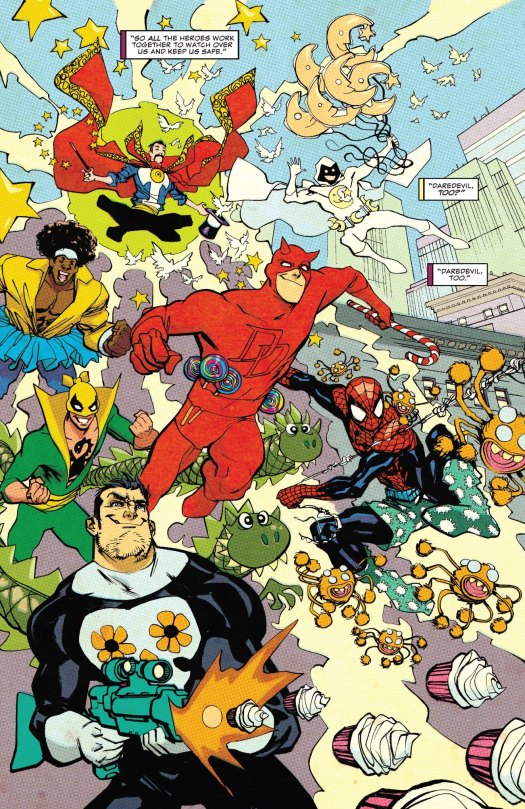 In a flashback story, back when Misty Knight was still a cop in Harlem, she listens in as her partner tells a bedtime story to her daughter. Misty wasn’t a big fan of the “super-freaks” and was sure to tell her partner that she shouldn’t be filling her daughter’s head with garbage. But look at how happy the Punisher is. Wouldn’t you if you had a gun that shot cupcakes? 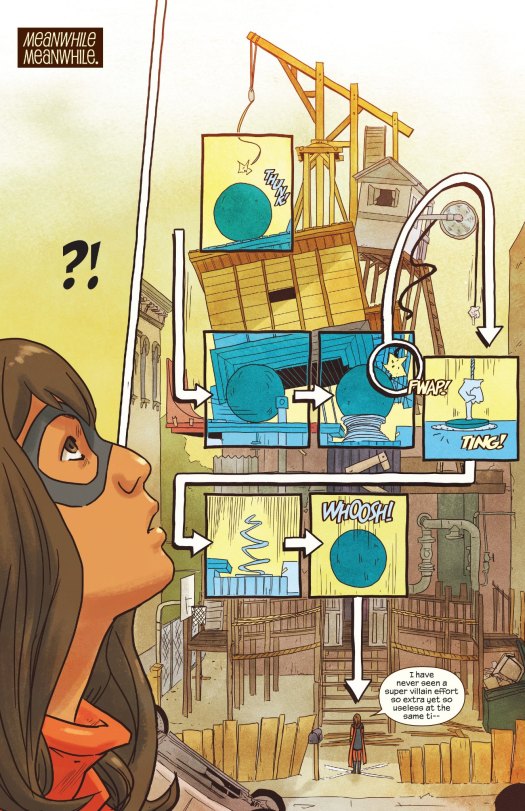 Kamala Khan is chasing after Shocker. He decided to set up his base of operations in Jersey City. Somehow he came up with the money and time to build a secret lair full of traps that looks like the old Milton Bradley board game Mouse Trap.

Best Reminder To Say No To Drugs

The Stepford Cuckoos have kidnaped Gabby. They want to use her body and DNA to revive their dying sister. Gabby’s not feeling so well since she’s obviously been drugged. It’s not a cool move to drug someone without their permission.

The Joker is seen doing a stand-up comedy act. He’s telling jokes about Batman. I wonder if he’ll kill the audience if they don’t find his jokes funny?

Tony Stark and Daredevil have been invited to the X-Mansion to discuss their findings in the search for Wolverine. Daredevil allows Tony to ring the doorbell. Before he gets the chance, Kitty Pryde phases through the door and startles him. He’s not too happy and reminds them both he has a heart condition.

Being an X-Men can be deadly. Back in Uncanny X-Men #139, the cover welcomed Kitty Pryde to the team followed by “Hope You Survive The Experience!” This is something that has been used several times when a new member is added or the title sees a big roster change. Kitty mentions this to Tony and Daredevil as they enter the mention, and Tony wonders if he should be concerned.

Best Reply To A Racist Mother 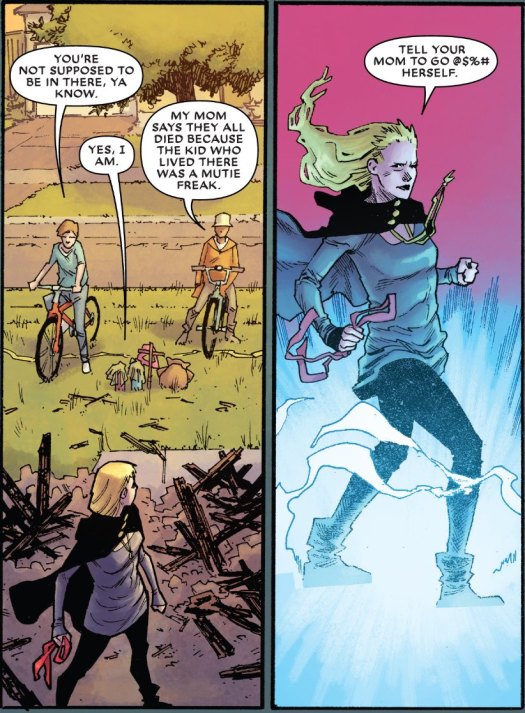 Illyana Rasputin is investigating the remains of a house where a mutant was reported. Some neighborhood kids tell her she shouldn’t be there and describes the mutant racist comment his mom made. Illyana has a comment for the kid’s mom in return.

Moon Knight has infiltrated the inner circle of a secret group of uber-sadists. In order to join, inductees are put through a series of trials. The first one has Moon Knight locked in a room with a rabid dolphin in a tank. He finally passes the trial during the second week. It’s pretty dang gross.

Best Example Why Even Batman Should Listen To His Mother 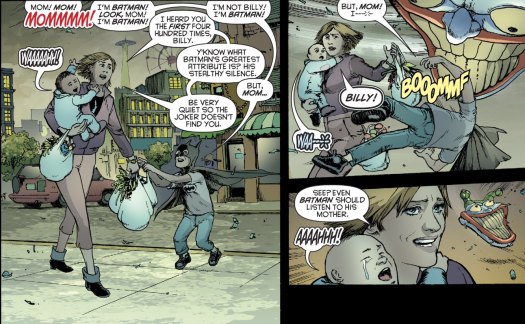 A mom is walking home from the grocery store with her kids before a hurricane hits, and one of them seems to be obsessed with Batman. Because of his loud and annoying insistence that he’s Batman, the mom tries convincing him that Batman is more of a silent type. A giant Joker raft knocks him over, and the mom uses the opportunity to point out she was right.

Best Example That Batman Can Escape From Any Trap

Joke has captured Batman, but the Dark Knight keeps insisting he can easily escape. He wants to give Joker the chance to give up on his own. Then Harley and Gossamer arrive because Harley has a bone to pick with her ex. Gossamer helps Batman, who sticks to his story that he could escaped at any time.

A couple years ago, Karolina tried kissing Nico. Nico was surprised by the move and the fact that Karolina was “into girls.” It was a little awkward, but the two were able to move on. As time passed by, it turned out Nico just might have had some feelings in return. Nico tries to get a second chance, and it almost seems as if the moment has passed. They do end up kissing.

Note: there was another big kiss in this issue as well. It was a little weird but would’ve been the week’s best kiss if this one hadn’t happened.

Best Reason To Keep Your Hands To Yourself

Some guys simply cannot take a hint. Jessica is at a club trying to get some information. A guy comes up to her and starts hitting on her. She clearly tells him to take a hike, but he doesn’t get it. He crosses a major line when he decides to grab her butt. Her instincts take over, and the guy will definitely regret his actions.

Biggest Shocking Death Of The Week

Mary Jane is dead. She was killed. Spider-Man is in shock. This is not joke, she was killed. Jessica Jones tells Spider-Man to go home as she goes up to check out the scene. Paramedics are there and Mary Jane’s body is in a bodybag. It’s a very tragic moment. This is just another reason you should be reading this series.