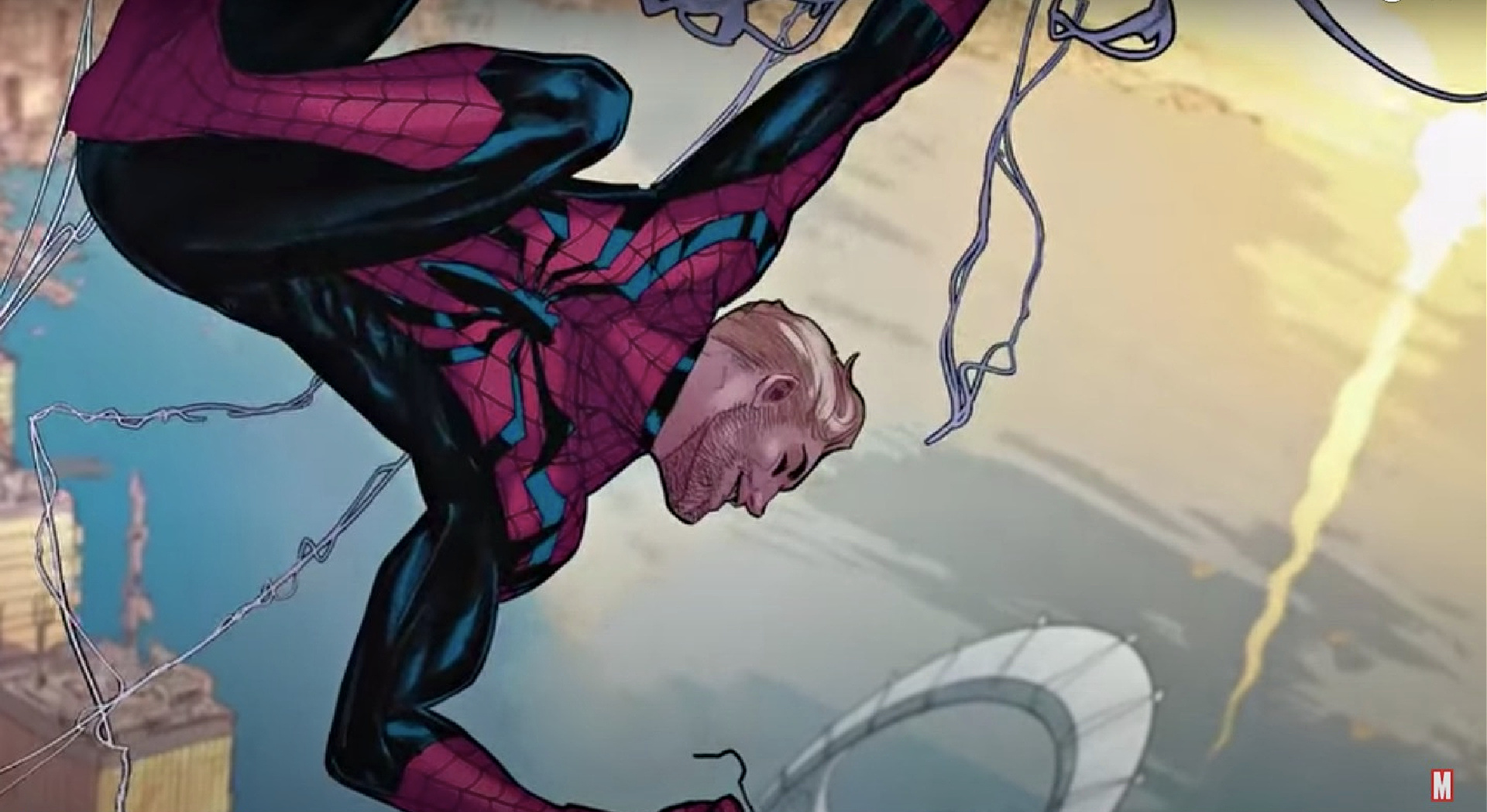 There are some interesting changes coming to the pages of The Amazing Spider-Man. It’s not clear what just yet, but something is going to happen to cause Peter Parker to step back from being Spider-Man. We’ve seen images of him lying (hopefully just unconscious) with Mary Jane by his side.

Ben Reilly, aka the Scarlet Spider, will be filling Peter’s Spider-booties and taking up the mantle of Spider-Man once again. Beginning in Amazing Spider-Man #75, Saladin Ahmed, Cody Ziglar, Patrick Gleason, Zeb Wells, Kelly Thompson will take over writing duties with book coming out three times a month.

Marvel has also released a look at the wraparound cover by Arthur Adams.

As details start to roll in, we know Ben will be teaming up with the Beyond Corporation. While we have possibly seen them before, it’s not clear if it’s the same organization or if their intentions are truly on the up and up. It does seem it’s their intentions to help Ben become the best Spider-Man he can be. We know things aren’t always as they seem.

Marvel also released a video trailer (including Patrick Gleason art) to give us some more to look forward to.

It makes perfect sense that we can have more than one Spider-Man. Miles Morales has been sharing the title with Peter for years now. Unfortunately as seen in the trailer, “Two Spider-Men will swing into action…but only one will swing out.” Why is Peter in a hospital bed? Will Marvel give him a grave injury or possibly decide it’d be a fun idea to kill him off?

Long time readers know neither of those will be the case. If either does happen, we know it won’t…stick. For now, we have some…amazing writers on board writing about one of my favorite characters and will hopefully redeem him from the miserable and insulting state he’s been in recently. Let’s rejoice for the proper return of Ben Reilly and hope Peter will be okay.

Amazing Spider-Man #75 is on sale October 6.