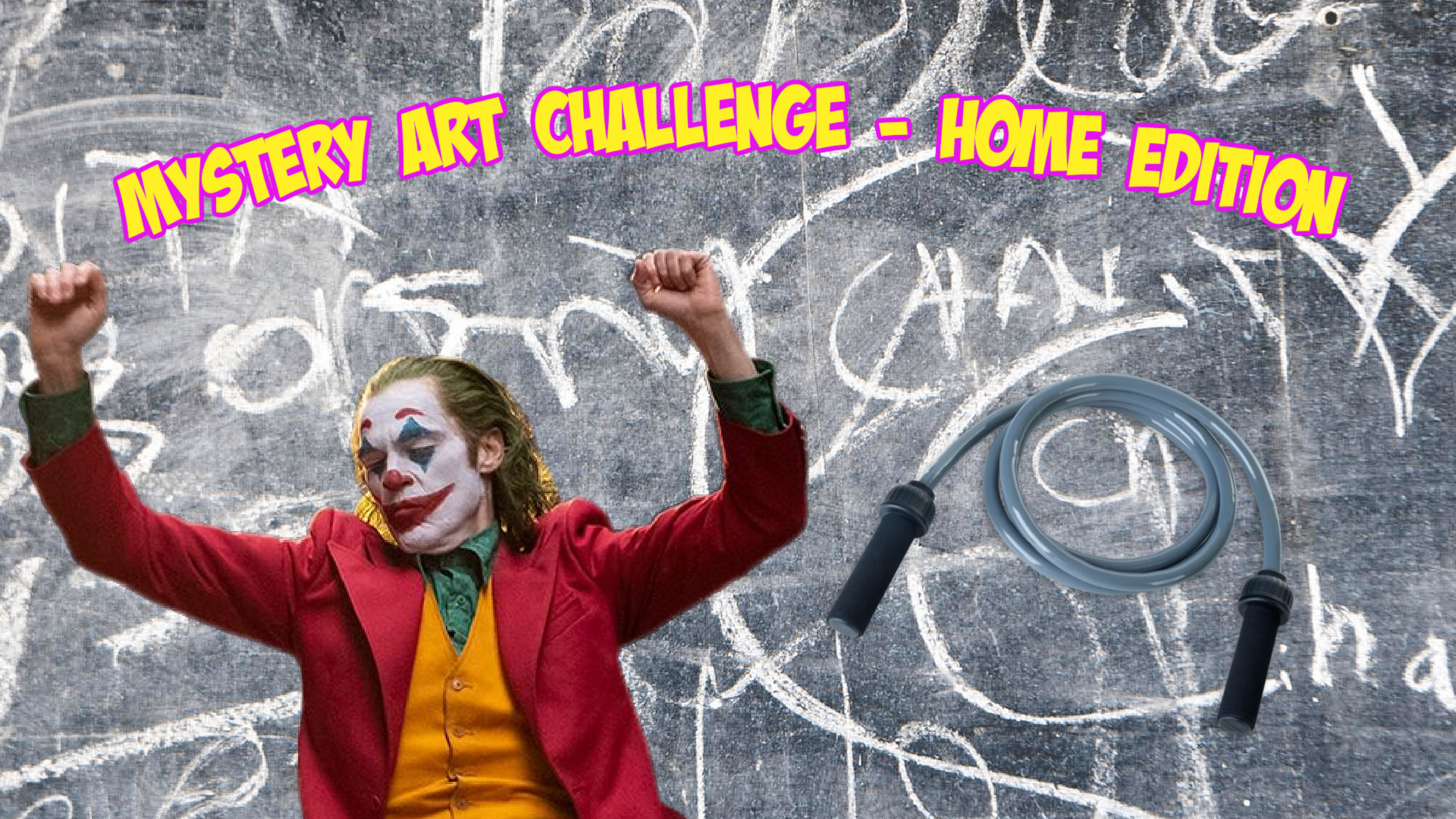 It’s been a while since we’ve had comic conventions. Thankfully they will be coming back soon. The Mystery Art Challenge videos were always one of the highlights of covering the different shows.

For those unfamiliar (since it’s been a little while), the videos consisted of an artist given the challenge of drawing a familiar character with a random object. The character and object weren’t told in advanced. The artist was filmed drawing the concept they came up with. It was up to them to be creative and make the character and object work together. You can check out a couple past examples here and here.

Aaron Laurich is an artist who was also a fan of the videos. He reached out to me again because he wanted me to give him a challenge. The only downside is I wasn’t there to film, but we can still enjoy what he came up with. Previously I challenged him with Finn (from Adventure Time) and a Frankfurter. Before that, it was Moon Knight and a Meatball sandwhich.

This time around, the challenge is Joker and a Jump Rope.

The main thing I was curious about was which version of Joker would he use. He went with the Joaquin Phoenix version. I really dig the stance of the Joker, with his head angled upward. The subtle colors along with the red background really makes the figure jump out. The jump rope rhyme was also a nice touch.

You can check out Aaron’s art on his Instagram. You can also buy his art at his Etsy store.

One Reply to “Mystery Art Challenge – Home Edition: Joker And A Jump Rope”